SOMNATH HORE graphic retrospective, is a tribute to the lifetime achievement of the fabled artist in the field of printmaking in modern Indian art. The retrospective emphasizes his unmatched achievement and innovative skill in this technique-oriented medium of art, that has been eclipsed, over time, by his sculptures. Galerie 88, after the untimely demise of Somnath Hore in 2006, has already organized two large exhibitions in Kolkata and Chennai showcasing various dimension of Somnath Hore's art including sculptures, paintings and printmaking. His print retrospective is the first of its kind in India and will feature 130 works including his early wood engravings as well besides his pioneering works in colour intaglio, spit-bite and other variations of soft-ground aquatints, and his famous innovations of 'pulp-prints' made by using cement-mould out of clay - matrix. Somnath was born in Chittagong, a seaport located on the east coast of what is now Bangladesh, in 1921. His ability to evolve a visual generalization of human suffering remained a constant motivation in his life-long creativity. His art however is difficult to categorise as figurative as he was equally interested in abstract designs dealing with formal rhythm. Later, in his 'pulp-prints', he emerged with a unique balance in which true-to life depictions of 'wounds' became totally abstract designs at the same time without loosing their subjective appeal and formal beauty. 'In Delhi I struggled to rise above the subject matter and theme, but they refuse to leave me completely. The famine of 1943, the communal riots of 1946, the devastations of War, all the wounds and the wounded I have seen, are engraved on my consciousness.' Somnath Hore has confessed his obsession with human suffering with this chosen words, and continues 'Wounds is what I saw everywhere around me. A scarred tree, a road gauged by a truck tyre, a man knifed for no visible or rational reason. A new concept was born. The object was eliminated, only wounds remained.' Starting his life with drawing for a political cause, gaining maturity with print-making aimed for mass appeal, trying out his own version of colour-intaglio with viscosity-based colour application and reaching his innovative peak with a new medium of 'white on white' relief-, Somnath finally emerged in the incarnation of an accomplished and versatile artist for all with a path-breaking originality that has few parallels in the history of art, of all ages. 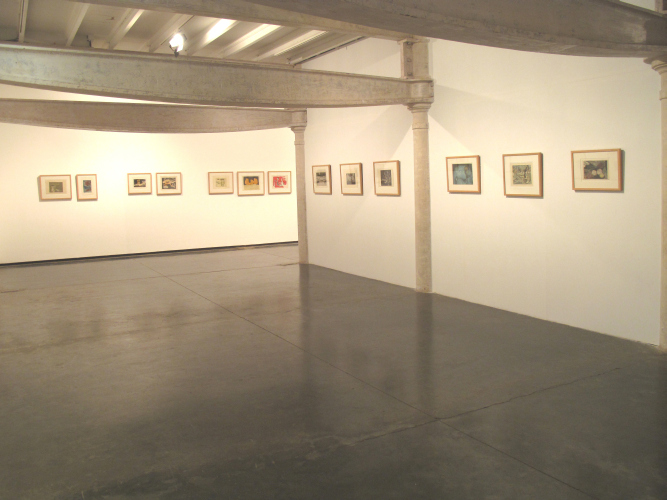 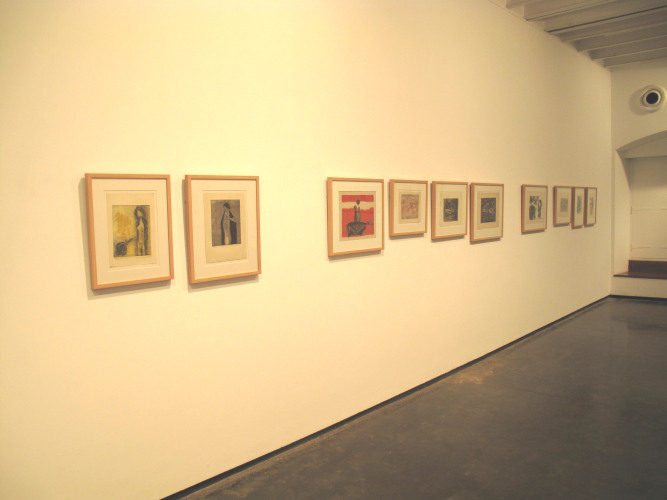 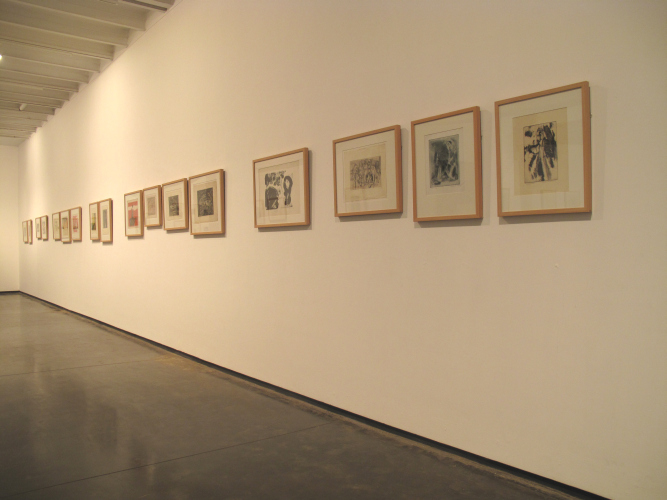 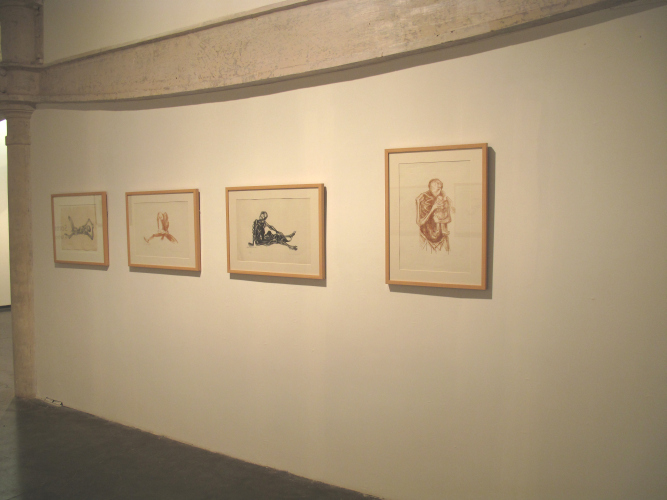 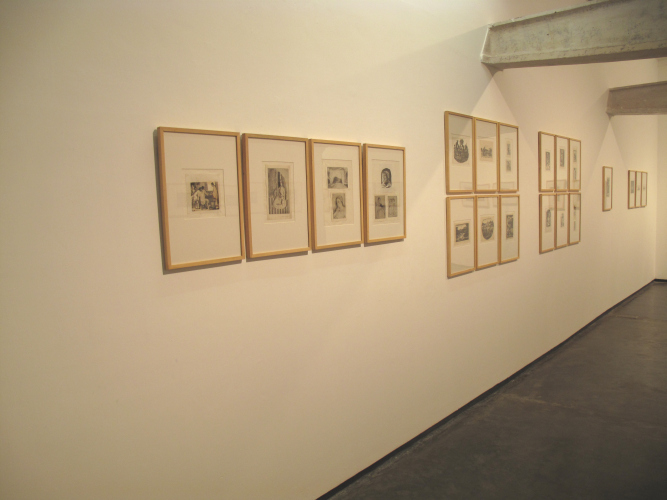 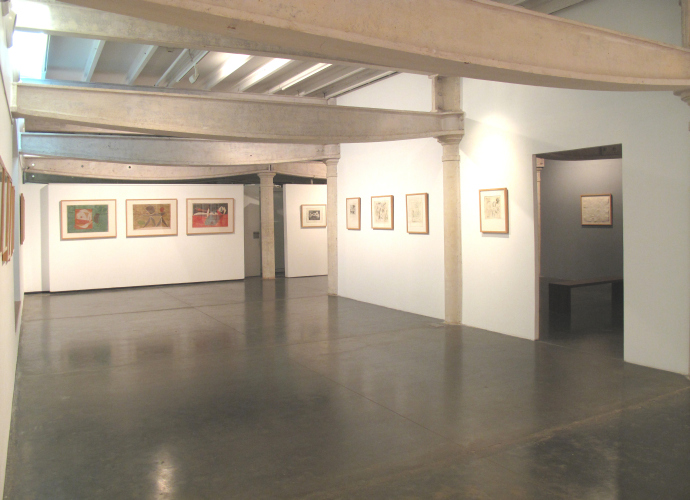 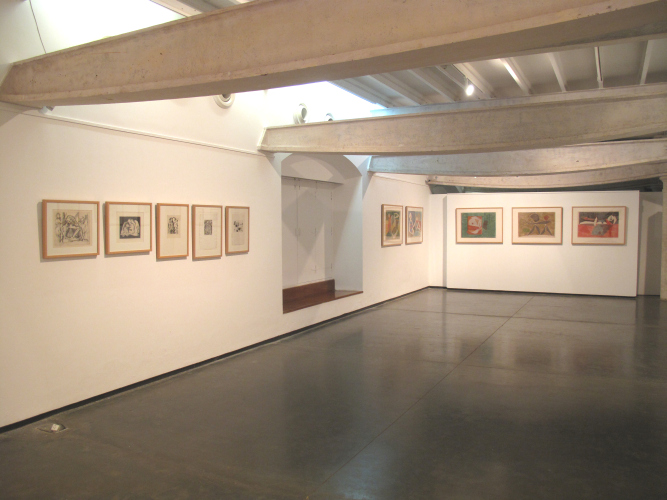 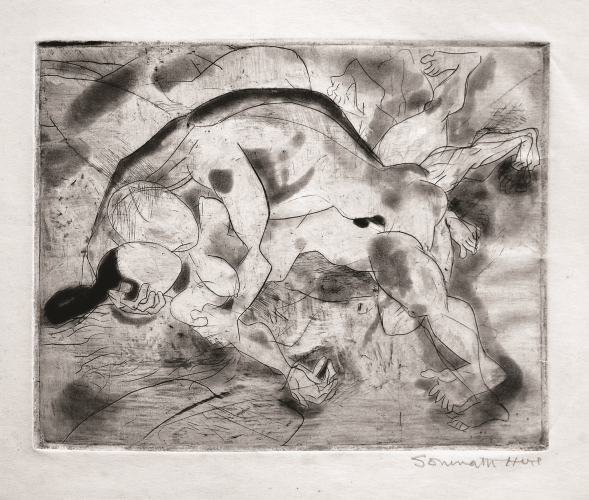 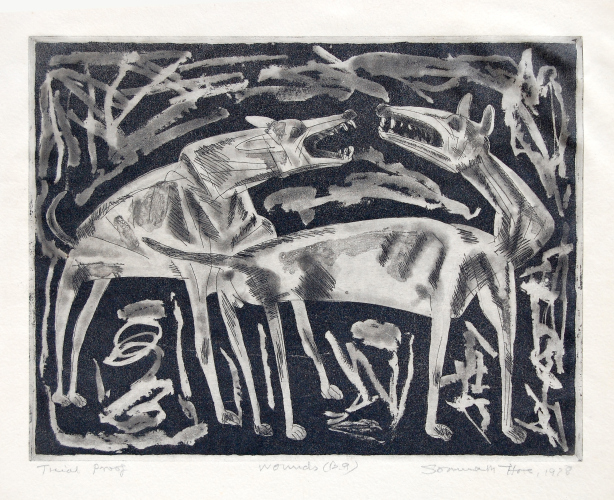 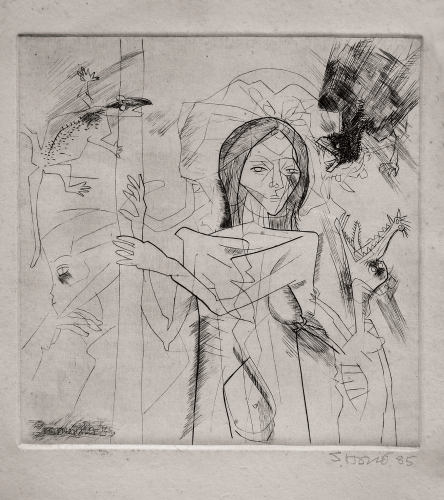 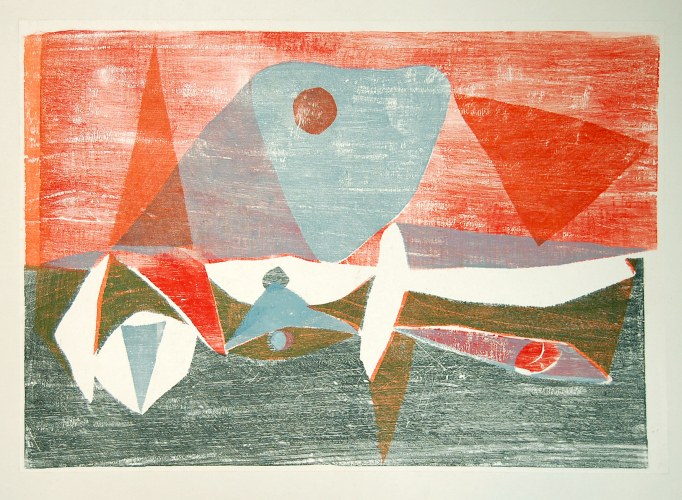 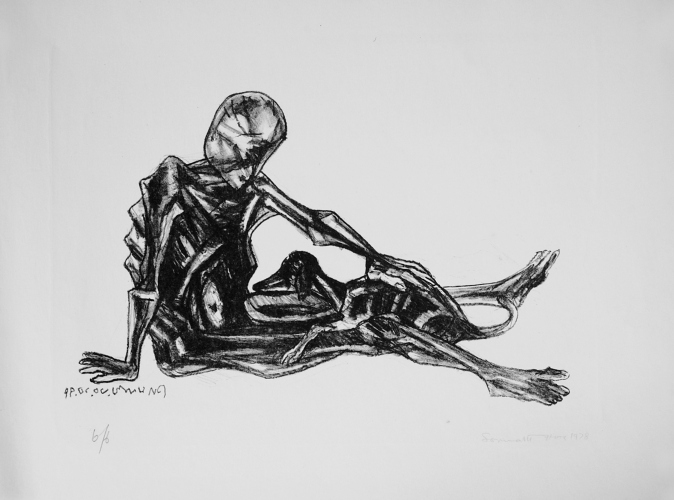 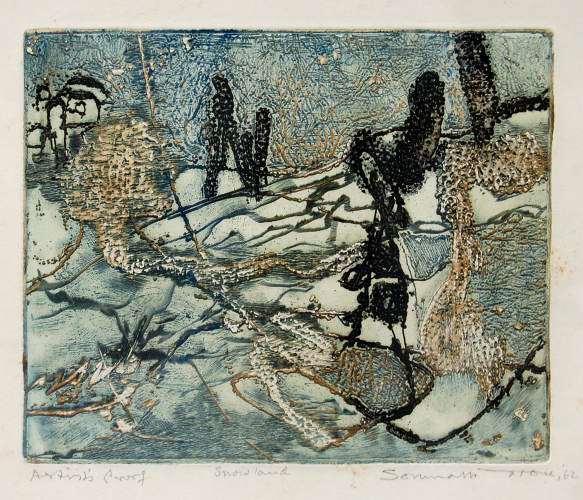 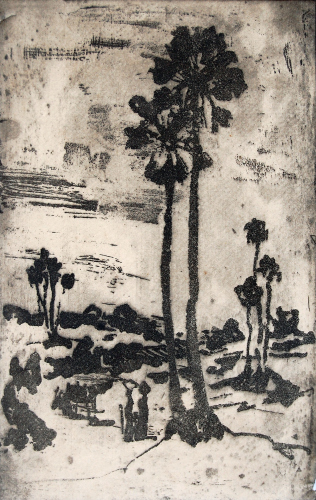