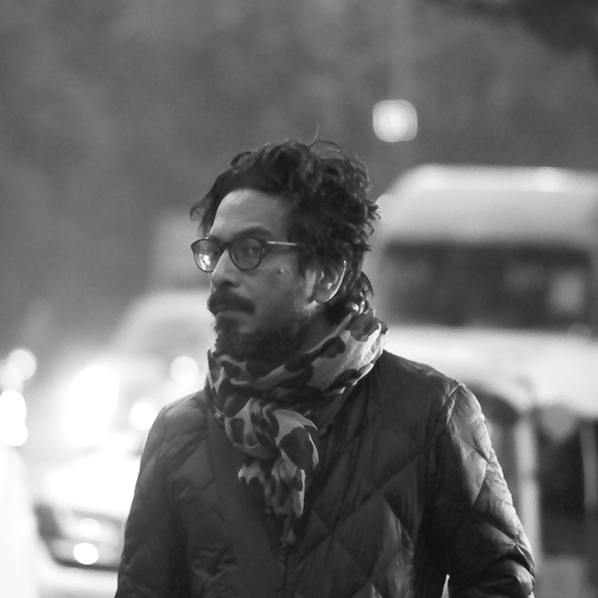 Sarnath Banerjee had written four books of graphic fiction, Corridor, The Barn Owl’s Wondrous Capers, The Harappa Files and All Quiet in Vikaspuri and recently Doabdil. As part of his ongoing project involving collaboration with historians, Banerjee had produced Liquid History of Vasco Da Gama for the Kochi Biennial, 2014, and The Poona Circle, a series of vandalised history textbooks, for the Pune Biennale, 2017. The same year, for Frans-Hals museum, Harlem, he produced I Got Ginger, 2017; a series of drawings and text that proposes the making of an “insubordinate” children’s book on Dutch colonialism. His billboard series, Gallery of Losers, commissioned by Frieze Projects East, for the 2012 London Olympics, was widely displayed in East London. In 2016, he was commissioned over 80 murals by Deutsche Bank, for their new office in Canary Wharf 2008. Banerjee co-founded the award-winning publishing house Phantomville that brought together reporters and comic-book artists to produce works of visual journalism. He also had a column, The Enchanted Geography, for a national newspaper in India. Sarnath Banerjee had studied at Goldsmith College, London and currently lives in Berlin.
Download Artist CV