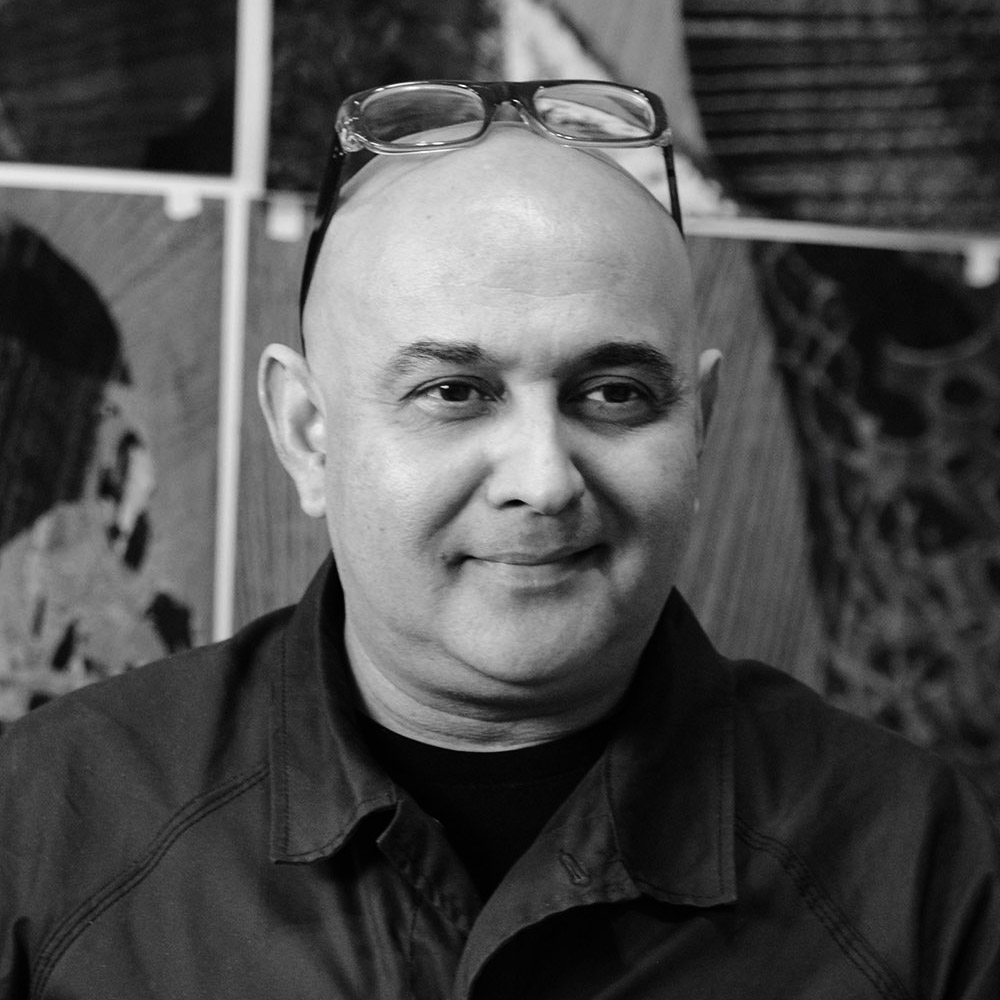 Working in painting, drawing and installation, Mukherjee positions his work in abstraction that is both phenomenological and ontological where asthetics in form experience, and art researches its own specific conditions. The recent work explores materiality and its relationship to the body as a means to speculate on experience and conceptual indeterminacy. The work is improvisational, process-oriented and considers material as something more than”mere”matter. Material as a force, vitality, relationality or difference that renders matter active, productive and unpredictable. Following multiple paths through portraiture,the performing body, architecture as folding and erasure as abstraction, the work continues to explore the tension between process, image, affect and meaning. Born in Pune, Sandeep Mukherjee lives and works in Los Angeles. He received his MFA from UCLA (1999) and a BFA from Otis College of Art and Design, Los Angeles (1996). Recent solo exhibitions include: Brennan & Grifin (New York) (2010,2012), Project88 (Mumbai) (2011,2014), Sister and Cottage Home (Los Angeles) (2008), Margo Leavin Gallery (Los Angeles) (2002) and the Pomona College Museum of Art (Claremont) (2004). Mukherjee has been included in group exhibitions at MOCA (Los Angeles) (2003), the UCLA Hammer Museum (Los Angeles) (2011), and the Wattis Institute for Contemporary Arts (San Francisco) (2003) among others. His works are in numerous public collections, including those of MOCA, LosAngeles; MoMA, New York (2005); The Los Angeles County Museum of Art; UCLA Hammer Museum. His recent projects include a solo at the 2016 Dhaka Art Summit. He has also exhibited at 68 Projects, Berlin (2017), The Kitchen and the Racial Imaginary Institute, New York (2018) and Ben Maltz Gallery, Otis College, Los Angeles. He was named the recipient of the 2015-16 City of Los Angeles(COLA) Fellowship. He has also recently been awarded the 2017 Guggenheim Fellowship.