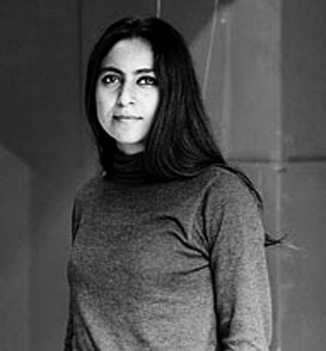 Pallavi Paul’s practice is about speculating the stake of poetry in the contemporary. She works primarily with video and the installation form to test the contours of fantasy, resistance, politics and history. The idea is to think about the relationships between truth making and world making. Her work has been shown at the AV festival in Newcastle, Contour Biennale, Tate Modern (project space), The Garage Rotterdam, Cinema Zuid, CloseUp Cinema, Open Source Festival, Edinburgh Art Festival, Bhaudaji Lad Museum, Whitechapel Gallery, KHOJ International Artists’ Association among a few other spaces. Pallavi’s films have also been shown in film festivals like Experimenta, TENT, Mumbai Film Festival, 100 years of Experimentation in Film and Video (organized by Film’s Division). She has been the recipient of the Charles Wallace and Inlaks Shivdasani fellowship for emerging artist in India. The residency programs that Pallavi has been a part of include – Wysing Arts Centre, The Delfina Foundation, SARAI, Vancouver Biennale and KHOJ. Some of the fellowships that have supported her practice(s) include – CSDS social and digital media fellowship, IFA arts practice fellowship, PSBT fellowship for non-fiction film and CAMP pad.ma fellowship for experimental video. Her solo shows include: ‘Mistaking < > for Direction Signs’ at Project 88 (Nov 2014- January 2015); ‘Terra Firma’ at Fitzwilliam Museum, Cambridge (October 2017- February 2018) Pallavi Paul is currently a PhD candidate at the School of Arts and Aesthetics, JNU.