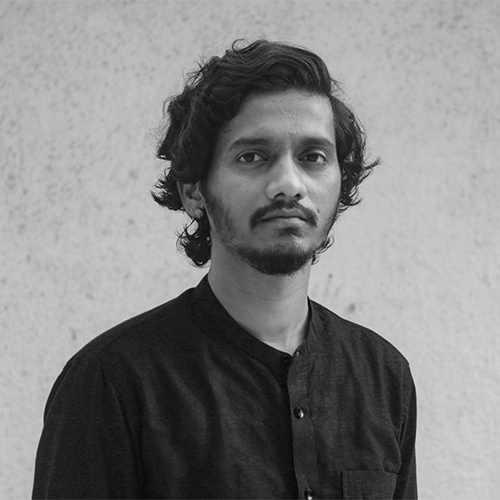 To Amol Patil, a conceptual and performance artist based in Mumbai, his artwork is an ongoing excavation and investigation to recapture the pulsating, vibrating movements and sound of the ‘chawl’ architecture and habitus. Amol grew up in an area of ‘chawls’, a built form specific to Bombay/Mumbai 5 storey social housing for mill and factory workers that were built in the early 1900s, with many tenements fit close together, long verandahs connecting every door, with children running on floorboards above, the swirls of gossiping voices from dimly lit tables under which men gather to play carrom, the woman with a walking stick, the sound of termites eating into wood, wedding festivities, and rhythmically creaking beds.

In his recent work Amol is expanding his research on the construct of urbanization and invisibility of the working class in emergent urban imaginaries. His project is to build counter-memory and contesting narratives that describe and disturb the relationship between humans and landscapes.