Father and Daughter – Laying Down the Linework

Father and Daughter – Laying Down the Linework

Project 88 is pleased to present Father and Daughter - Laying Down the Linework an exhibition featuring artworks by Asit Kumar Haldar (1890-1964) and his daughter Atasi Barua (1921-2016). A member of the Jorasanko Tagore family and a first generation artist of the Bengal School, Asit Haldar is known for his delicate line work and colour washes dealing with classical Indian themes. As part of a swadeshi cultural renewal project, early Bengal School artists engaged in arts and crafts efforts such as furniture, textiles, custom-printed illustrated books and other objects of household use. Asit Haldar produced several illustrated books, which often included his very fine Bengali poetic translations from Sanskrit. This exhibition showcases twelve first edition prints of his illustrations from the Rubaiyyat of Omar Khayyam translated by Edward Fitzgerald. These illustrations were published by the Indian Press of Allahabad, India in 1930, and included a Forward by E. B. Havell, erstwhile principal of the Calcutta Government College of Arts and Crafts. Haldar’s illustrations are marked by his emphasis on culturally situated line explorations of form, posture, nature and architecture. The exhibition also features several portraits by Haldar, including a large self-portrait.Atasi Barua was the daughter of Asit Kumar Haldar. She was married to Dr. Arabinda Barua, a scholar of Buddhism, who hailed from a Buddhist family of Chittagong. As a result, the representation of Buddhist themes became her major preoccupation. Her works were exhibited throughout India as well as in cities abroad, such as Colombo, Teheran, Cairo, Bangkok and Tokyo. One of her paintings was acquired for the Peace Memorial at Hiroshima, Japan. Atasi Baruai’s Buddhist paintings attracted the attention of the Mahabodhi Society of Calcutta, which published a book of her line drawings on the life of Buddha in 1949. She also made a series of line drawings on the life of the 23rd Tirthankara, Parshvanath, which were transferred to marble relief at the Digambar Jain temple in Belgachia, Kolkata. Her solo exhibition in 1958 brought her to the limelight of Calcutta artist’s circles of the time, and she received fulsome praise in reviews by critics such as O. C. Gangooly and Abani C. Banerjee. Atasi passed away at her long-time residence on Gariahat Road, Kolkata in 2016, at the age of 95.This exhibition features line drawings and paintings by Atasi Barua based on life of the Buddha, three line drawings from her life of Parshvanath and a number of nayikas in water- colour and ink silhouette. Like her father, Barua complemented her idolised explorations of classical themes with realistic portrait sketches. In the company of her father and as a member of the Tagore family, Barua met many cultural luminaries of her time, mostly Bengali artists, writers, dramatists, singers and scholars, but also some national and inter- national figures of prominence. Proficient in making rapid sketches, she captured the facial likenesses of many of these acquaintances, leading to the creation of a portrait gallery similar in quality, scale and importance to that sketched half a century before her by Jyotirindranath Tagore. The exhibition presents a sampling of these portraits. 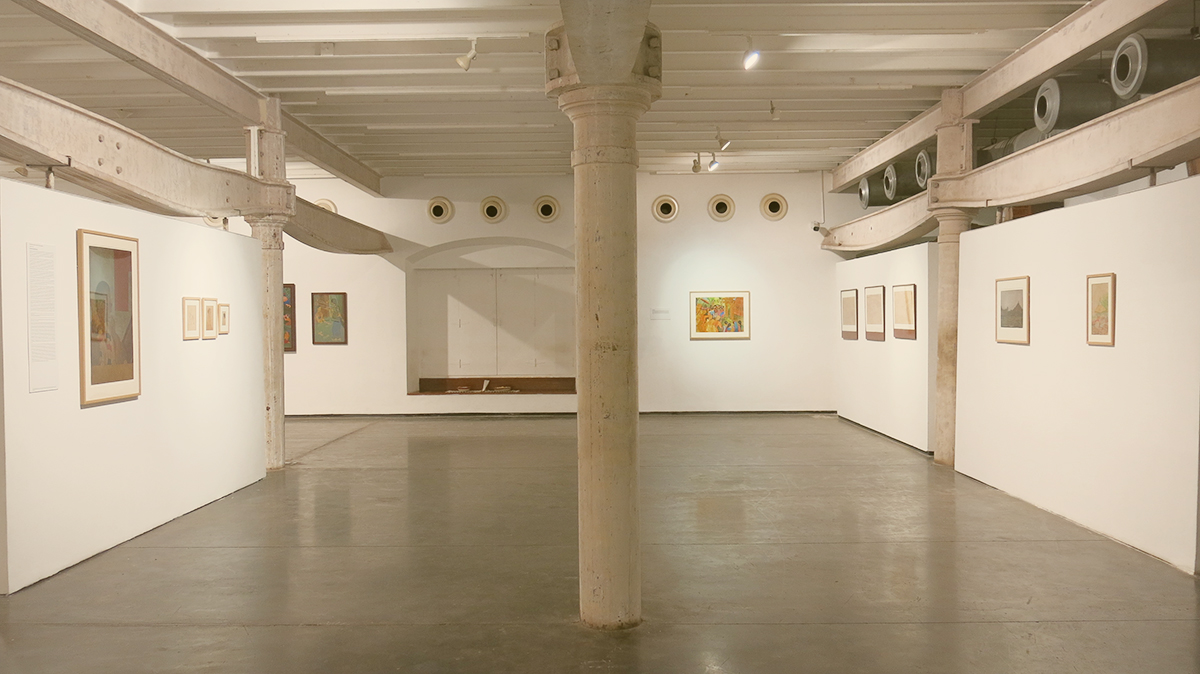 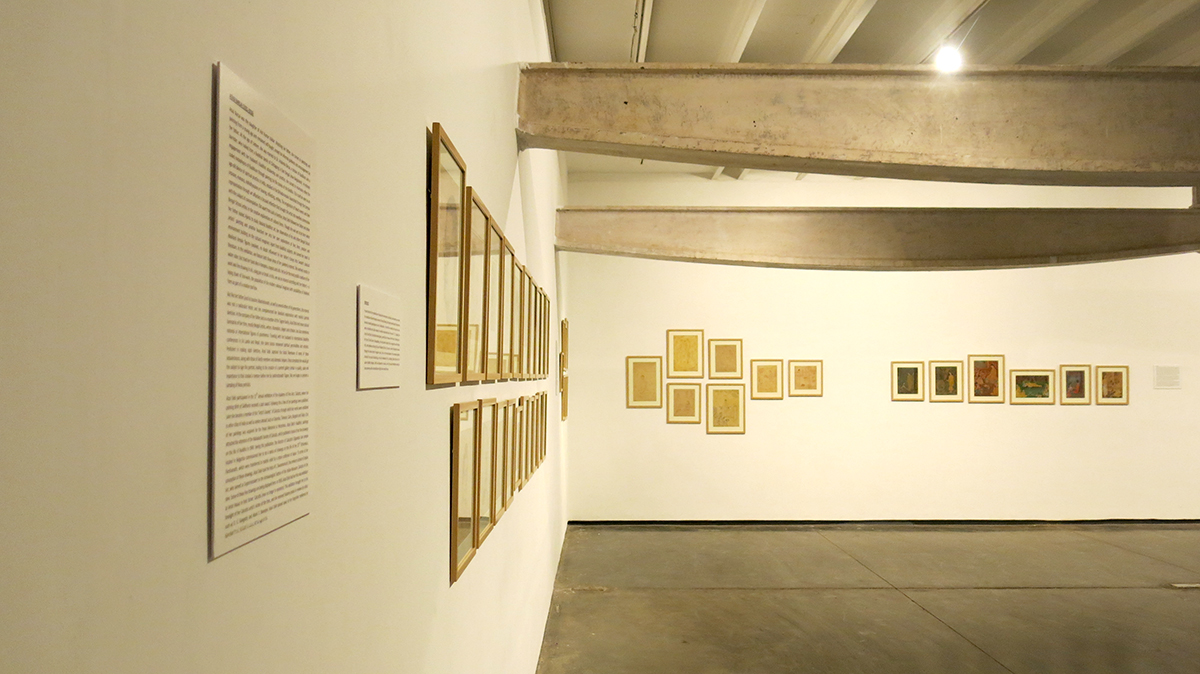 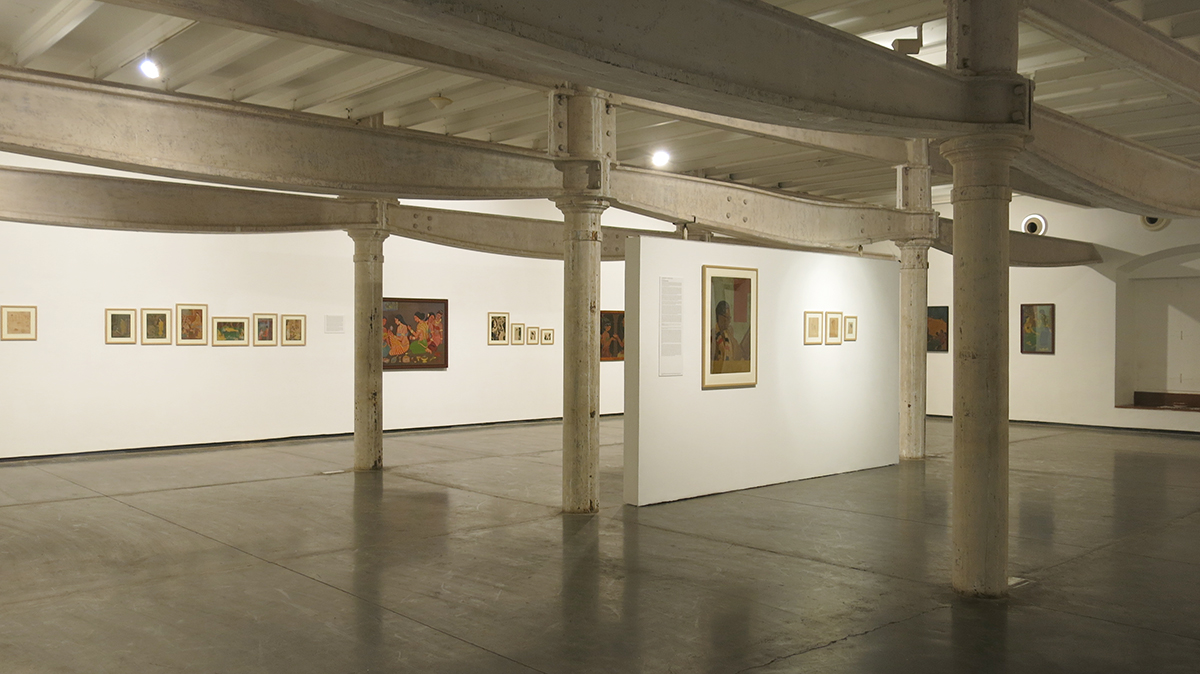 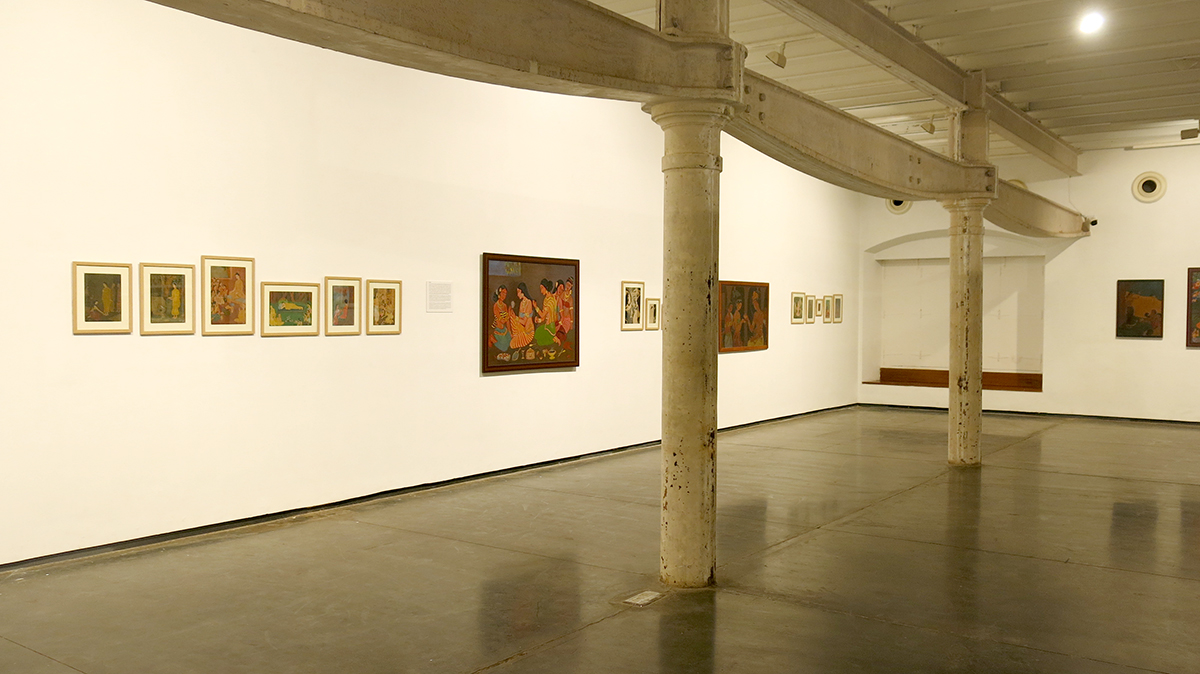 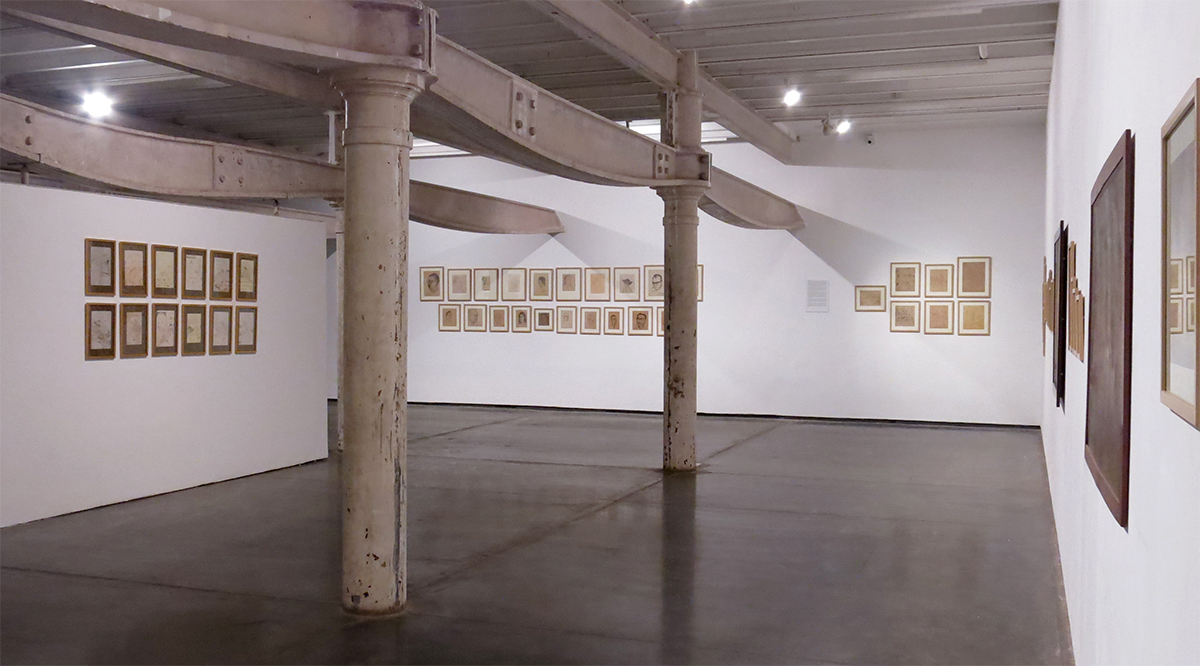 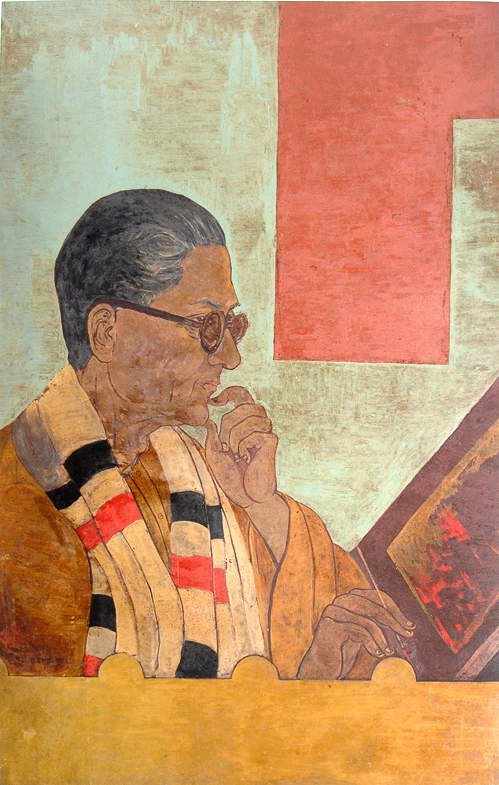 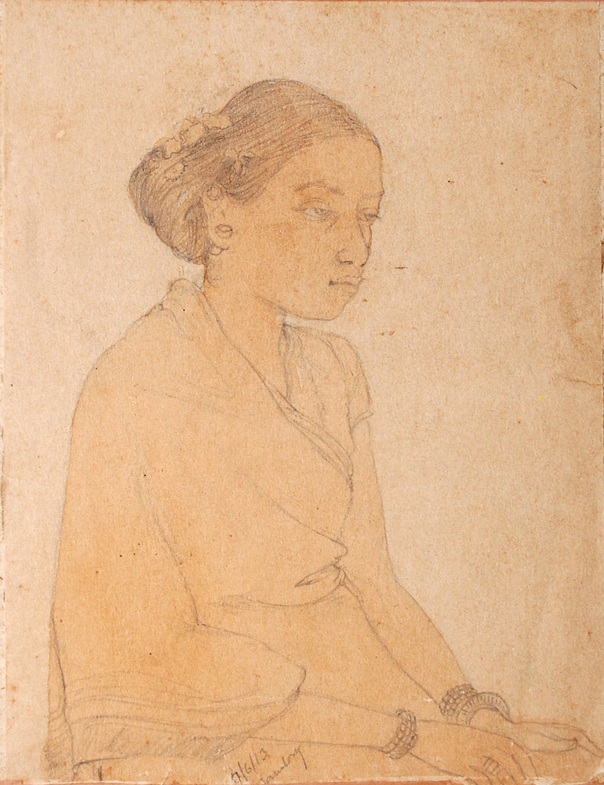 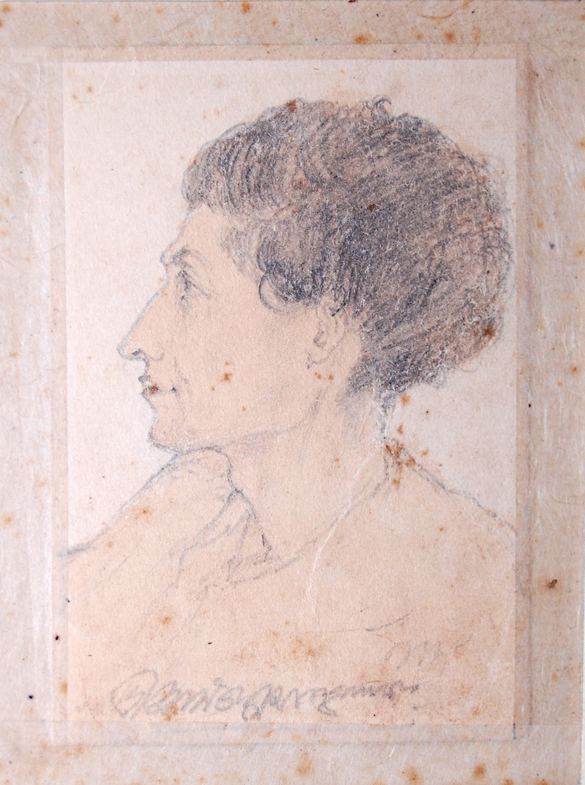 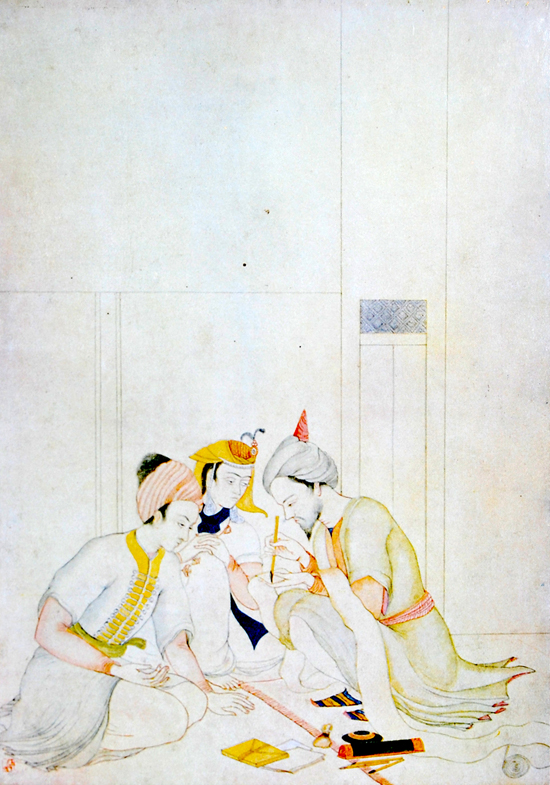 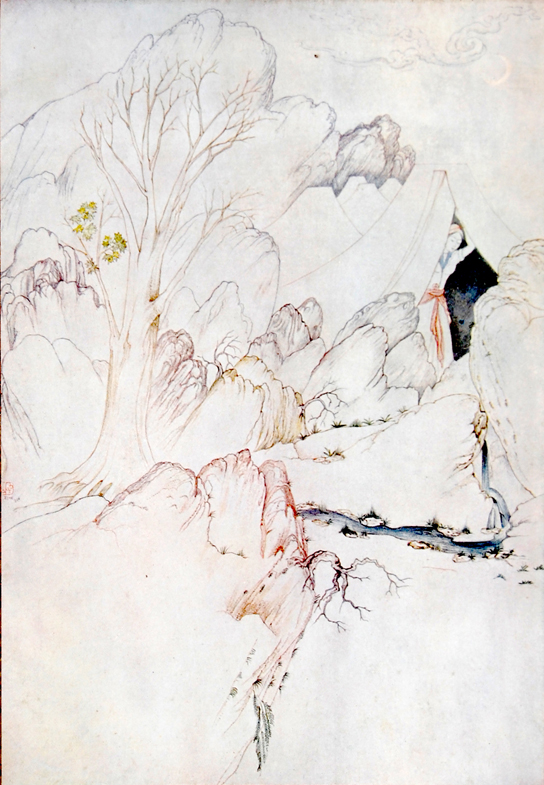 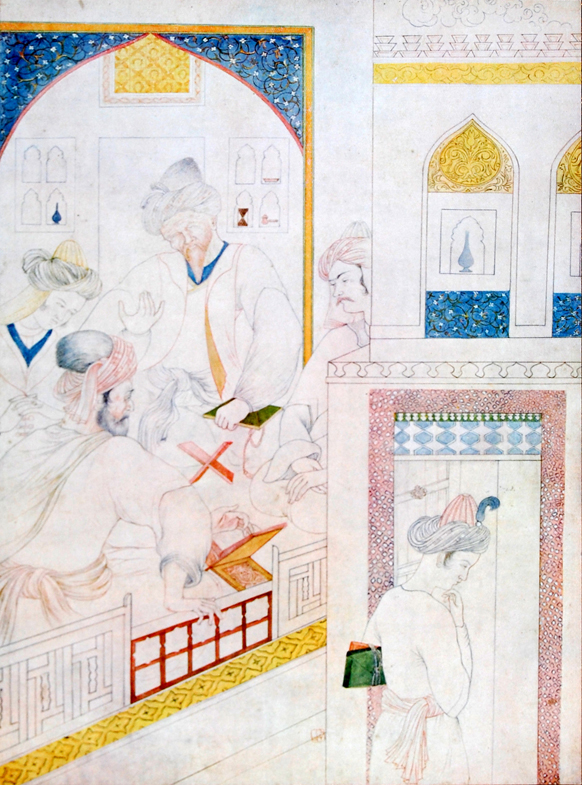 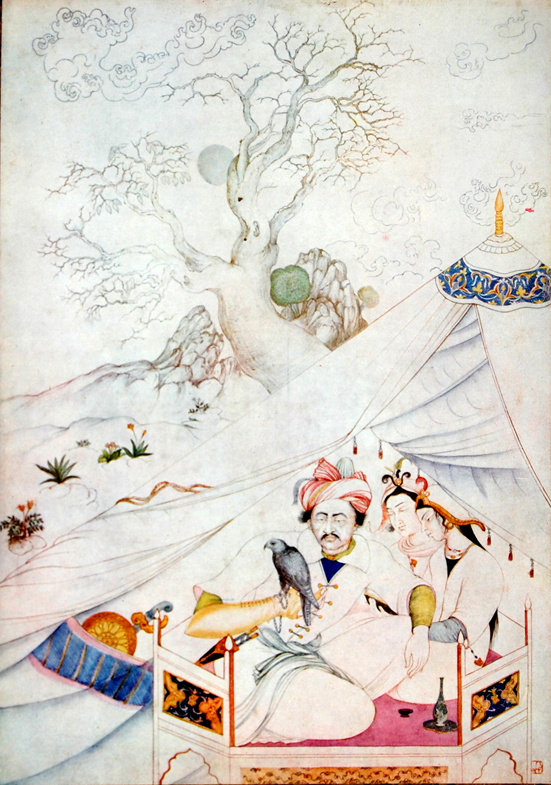 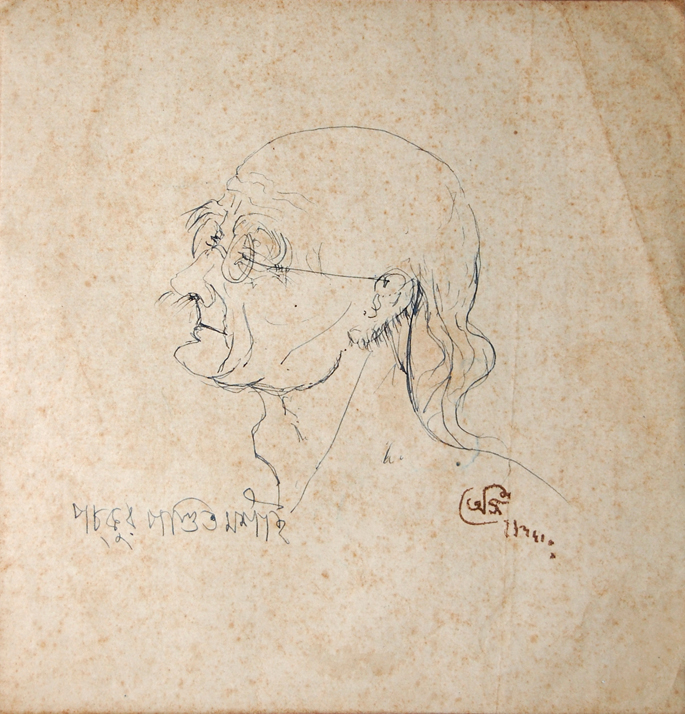 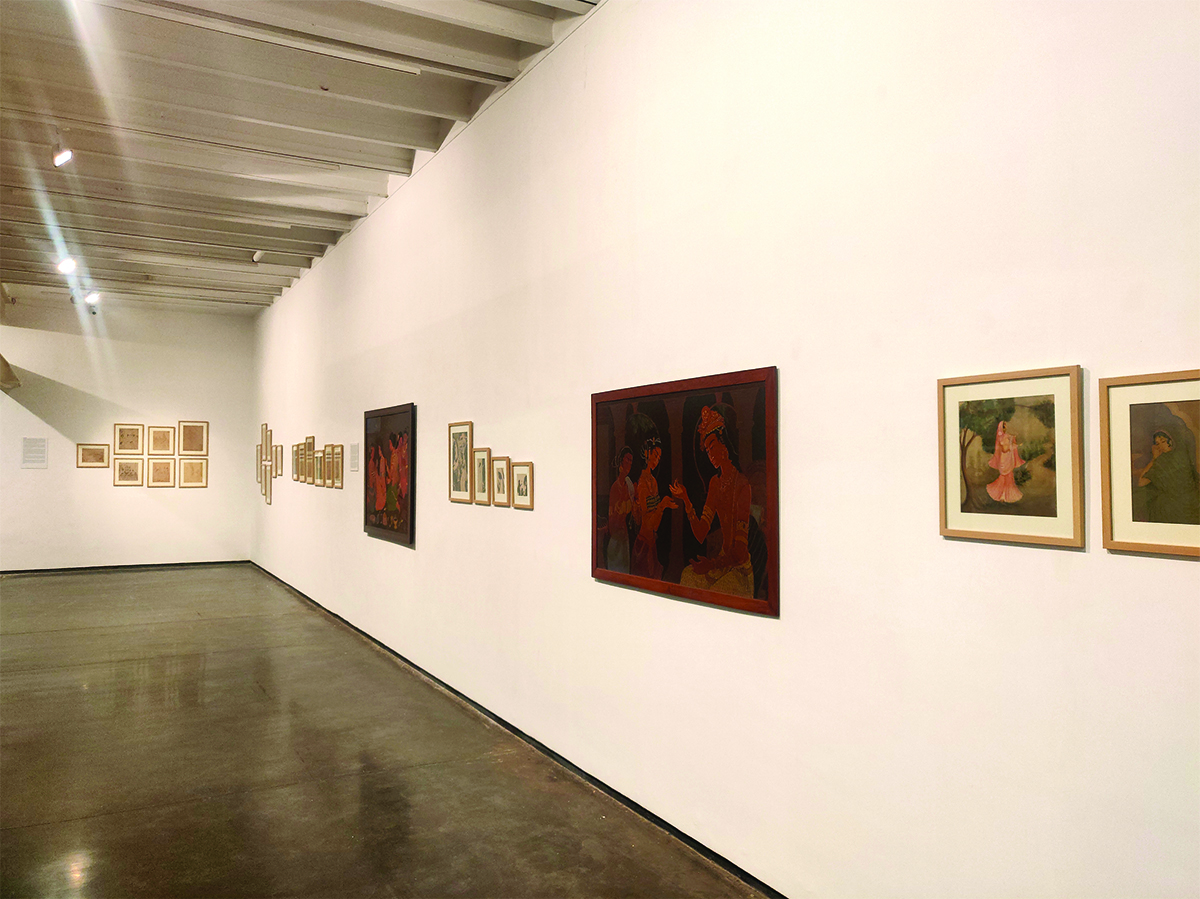 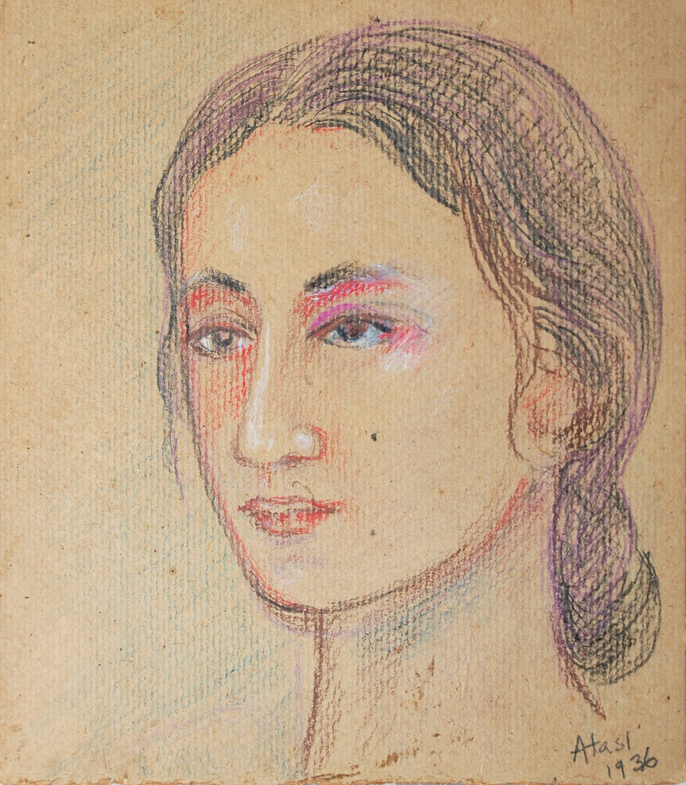 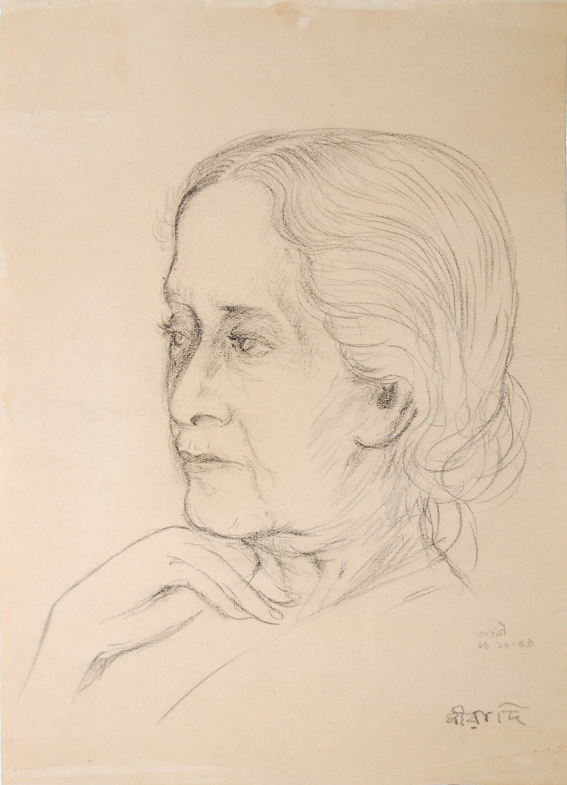 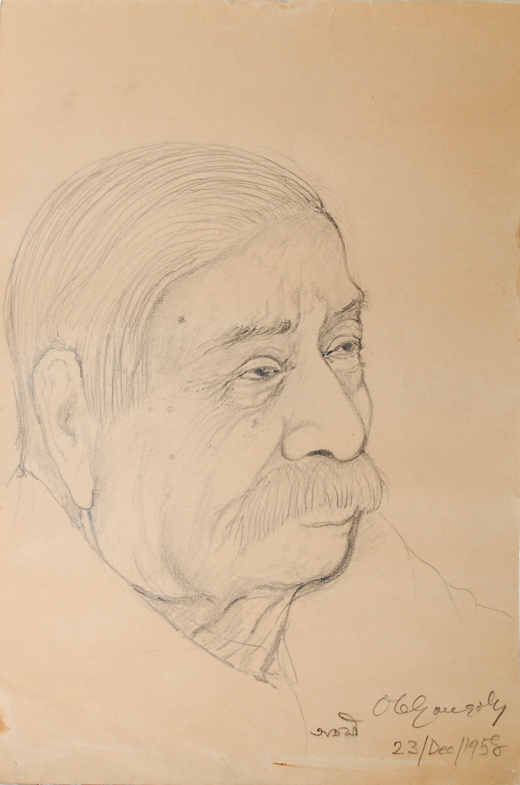 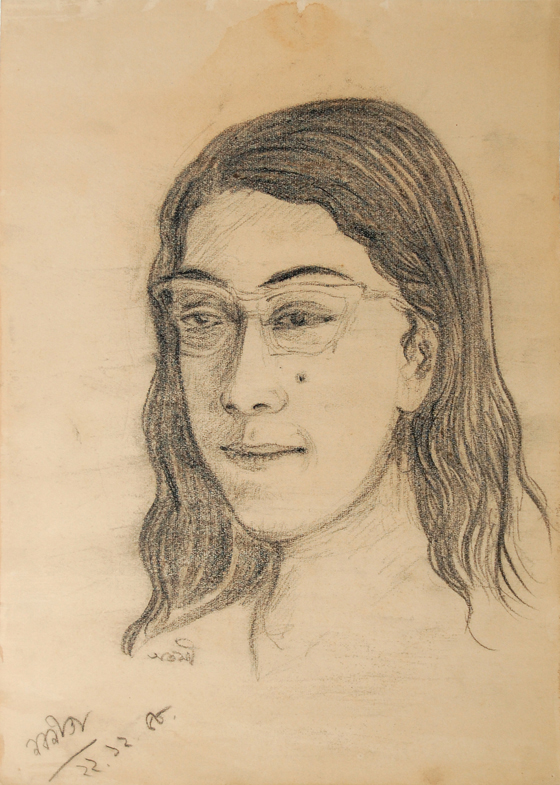 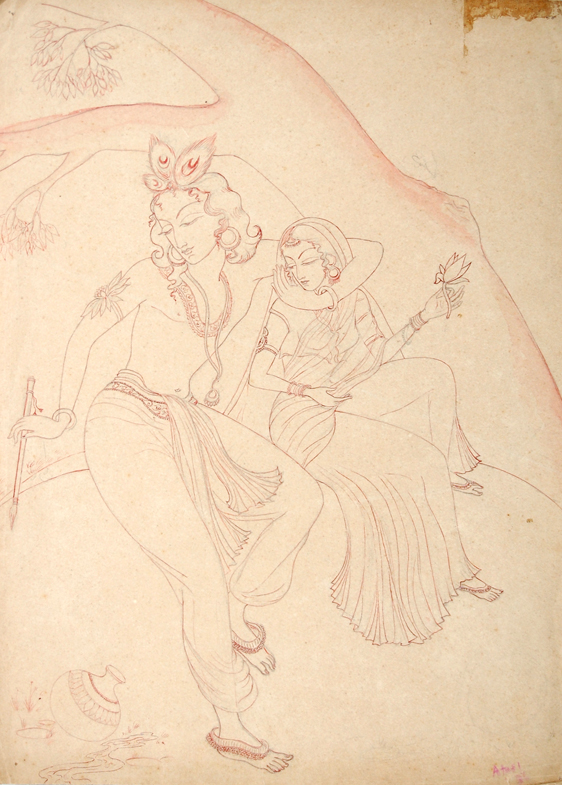 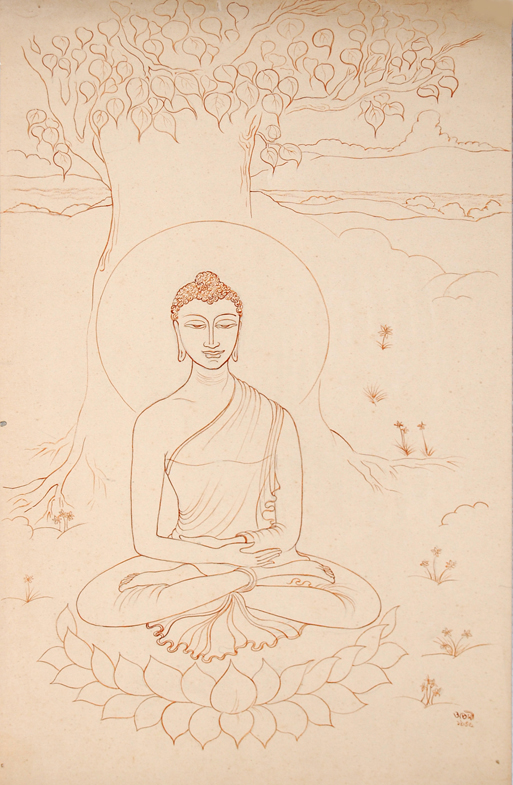 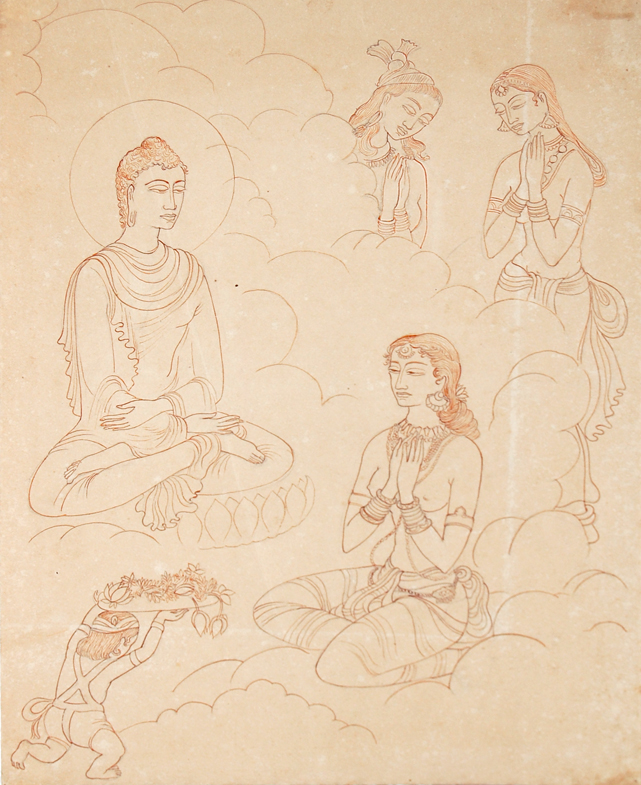 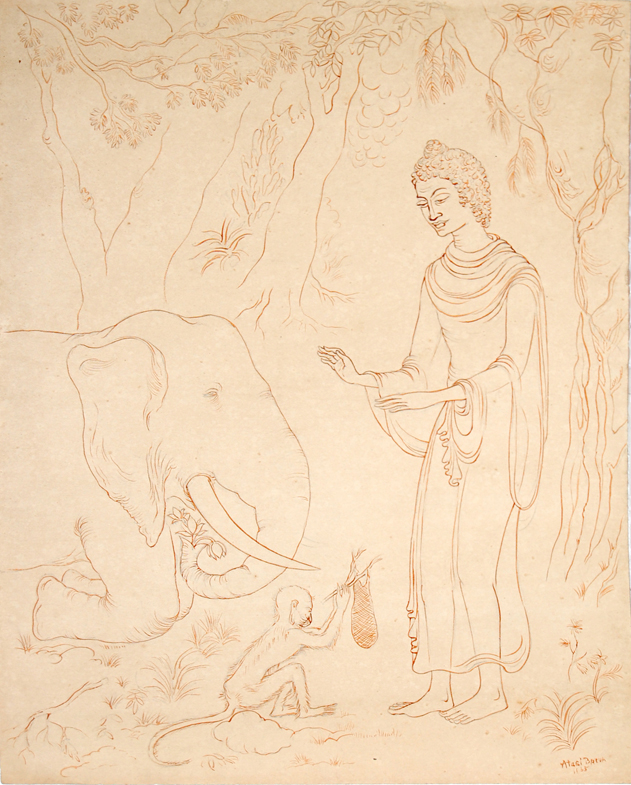 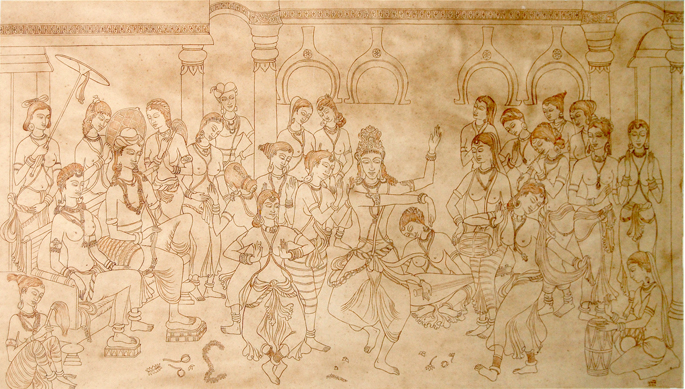 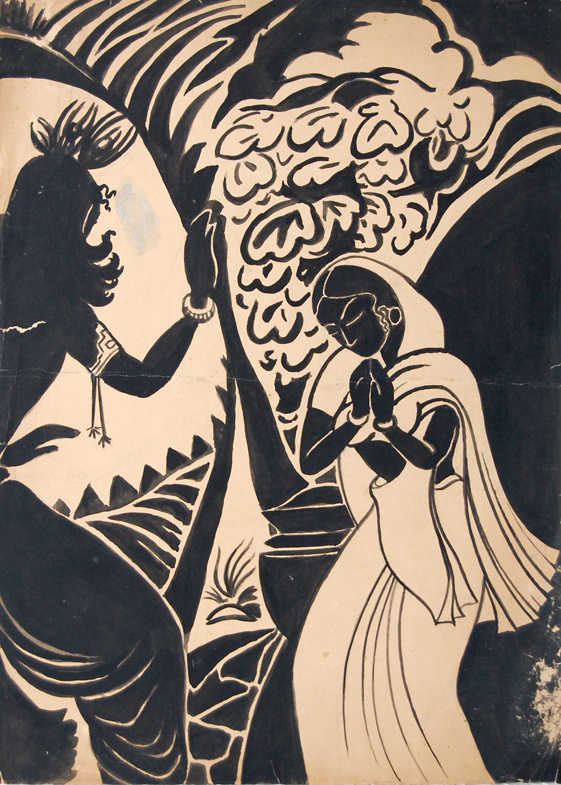 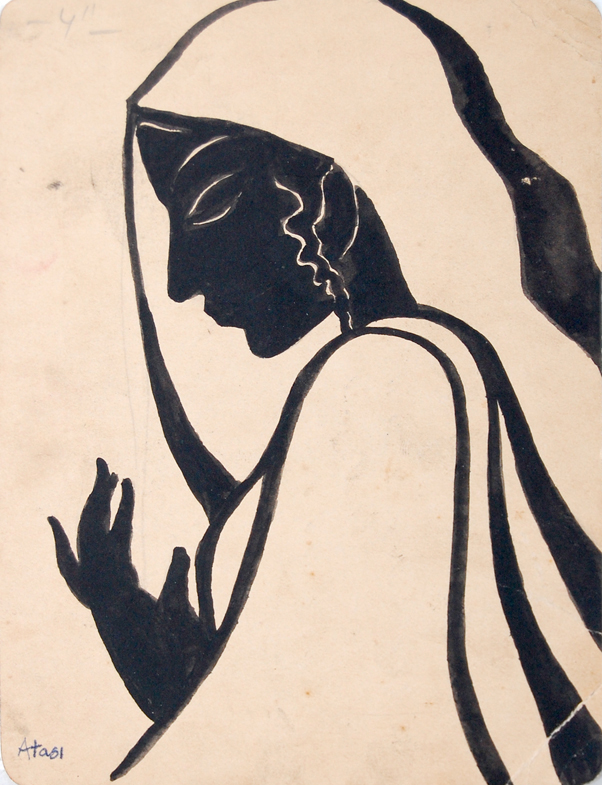 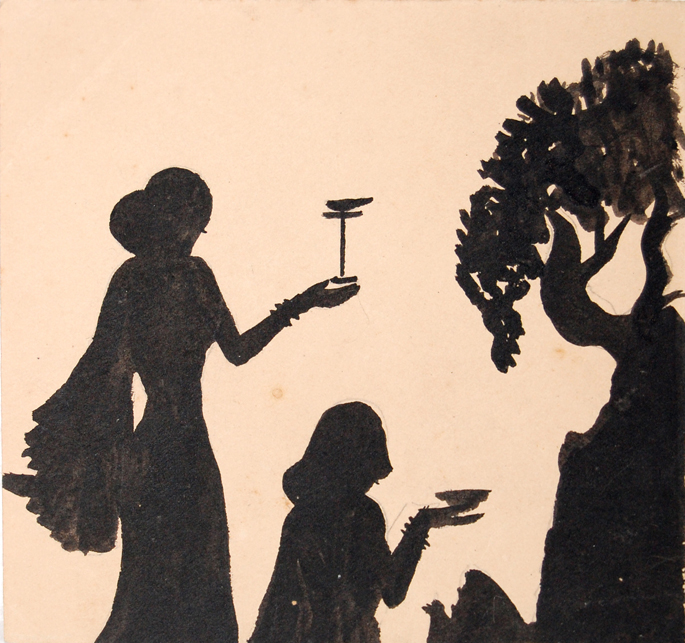 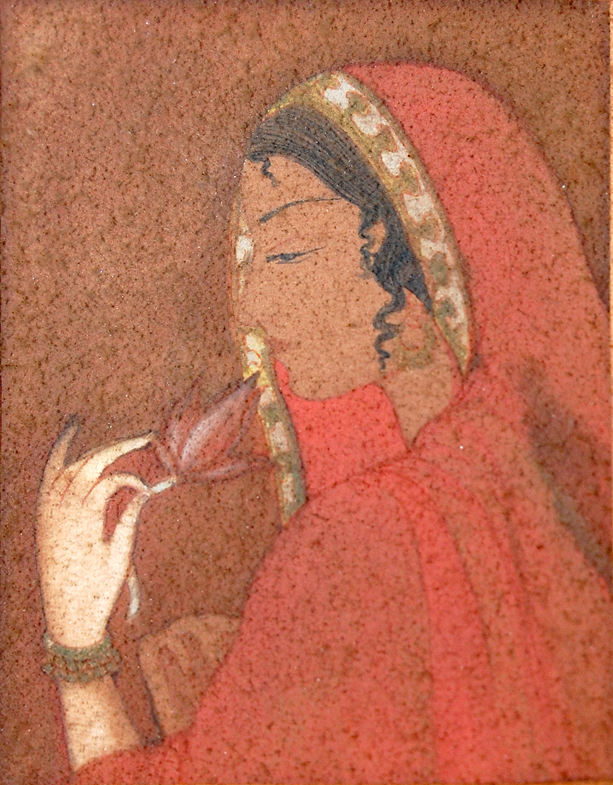 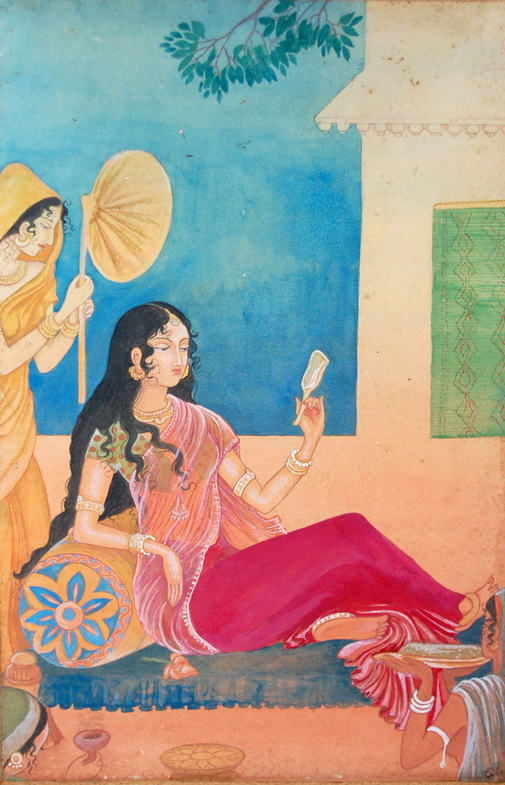 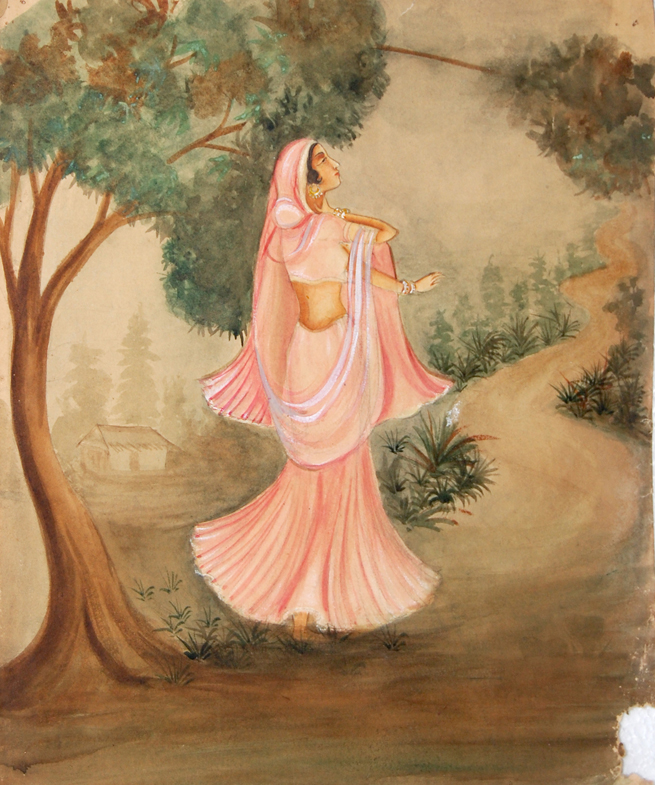 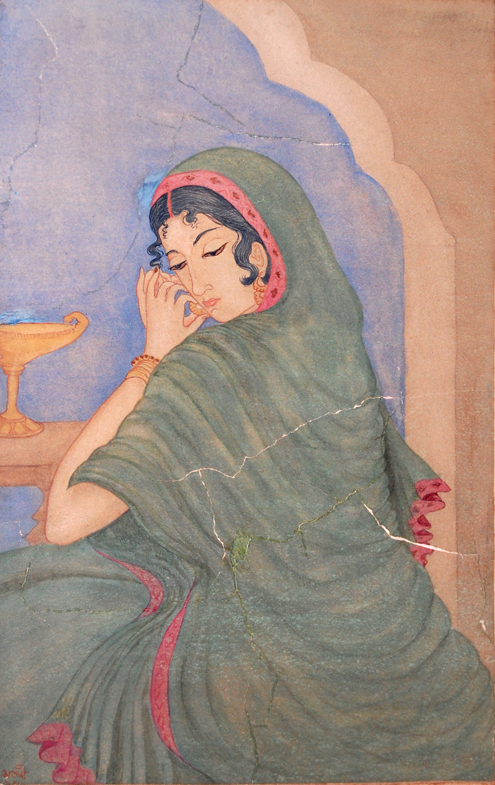