In the last three years since her debut solo exhibition at Project88, The Hangover of Agarlum (2008), Hemali Bhuta's career has taken her all over the world and her command of materials and depth of her practice continue to increase with each site she intervenes in. Bhuta's second solo exhibition, Point-Shift and Quoted Objects, however, finds its inspiration much closer to home. During her time away, Bhuta's yearning for the simplicities of domestic life in India inspired a beguiling body of work, which exalts ordinary fringe details into something sublime and shines light upon ideas of non-duality. While the works in this exhibition relate to minimalism and line drawing and aesthetically connect to high art practices, these works pay homage to forms that are often ignored or overlooked the most mundane parts of daily life and ritual surrounding middle-class life in India. Through her sensitive renderings of the forms that separate structures, such as columns which separate floor from ceiling, skirting which separates wall from floor, cornices which separate ceiling from wall, and even faux-flooring which separates the floor surface from the ground, Bhuta transforms the gallery into a shrine, a meditative space to contemplate the meaning of these small interventions toward beauty in daily life. Bhuta's sculptural interventions all extend from the simple and natural form of a line, and her works draw light on the fact that while lines separate end-points, they also simultaneously connect them. In her own words, Bhuta is constantly concerned with the 'poetics and politics of line.' Bhuta points that a 'shift of a line' through folding or displacing it 'doesn't delete the line but on the contrary adds another.' She appropriates architectural structures, and her interventions lead to their collapse in terms of both their meaning and function. This process allows for 'an introspection of the self' for Bhuta. 'Point-Shift and Quoted Objects' is a clear linear progression from 'The Hangover of Agarlum', but extends far past it in terms of detail and daring through a tug-of-war with materials' limits. While Bhuta goes back to the basics in terms of subject matter and form, she pushes the boundaries of sculpture in terms of materials. Bhuta has been experimenting with natural materials since the early days as a student, and this exhibition is a snapshot in time of her current relationship with alum, graphite, soap, cement, silver, and plaster of paris. -Text by Diana Campbell. 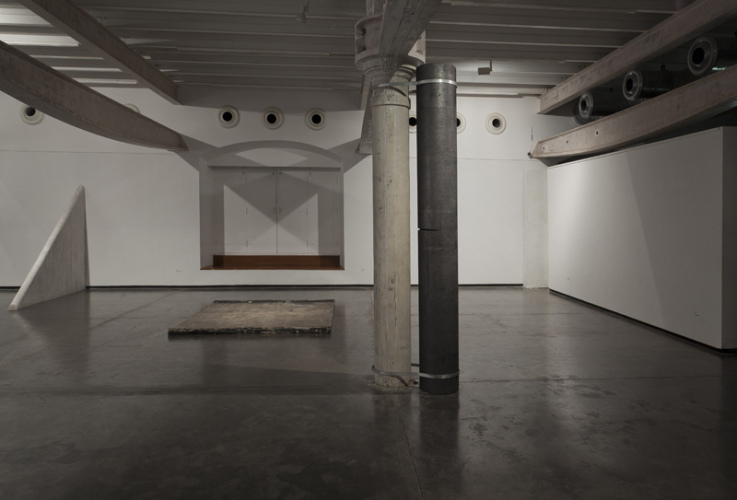 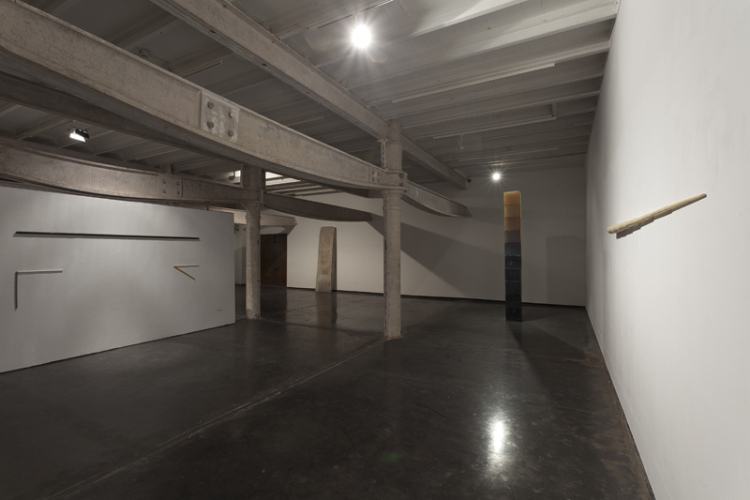 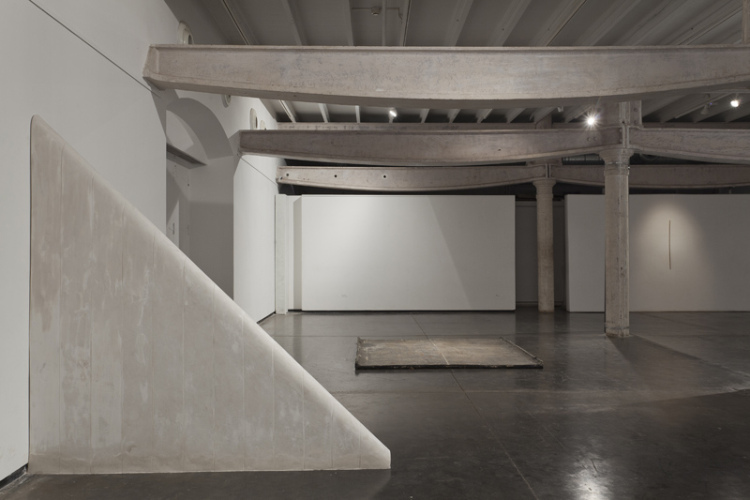 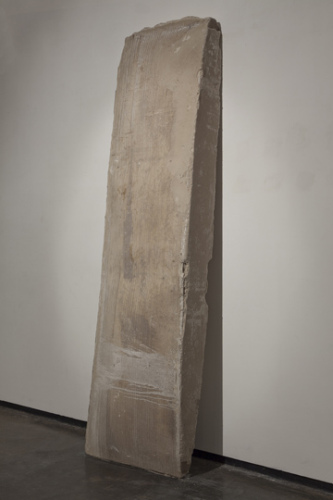 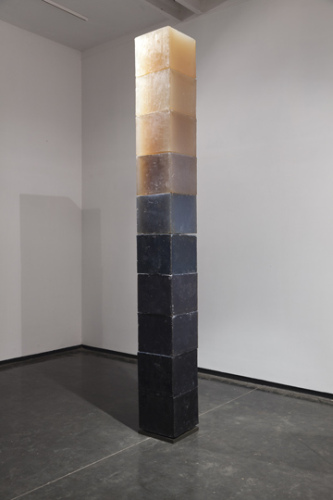 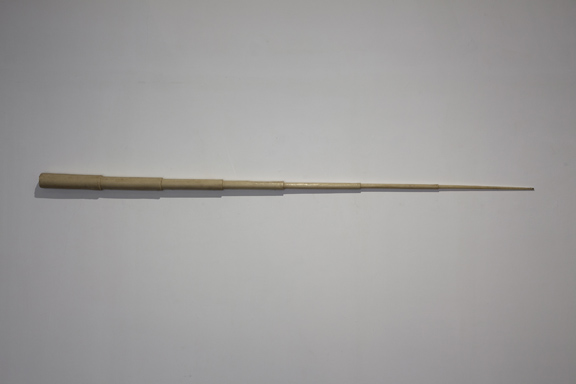 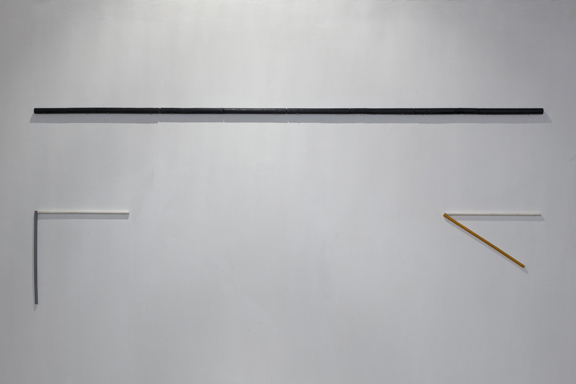 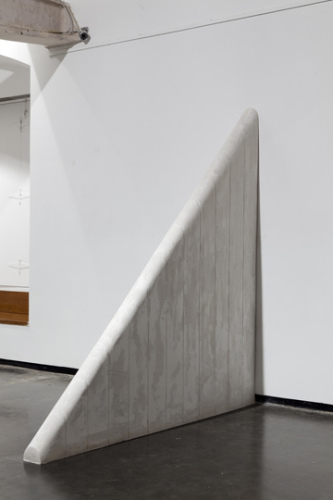 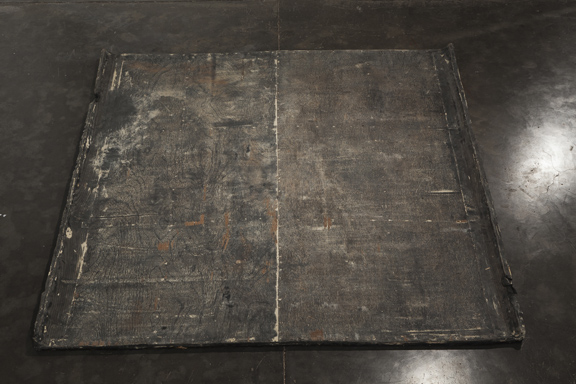 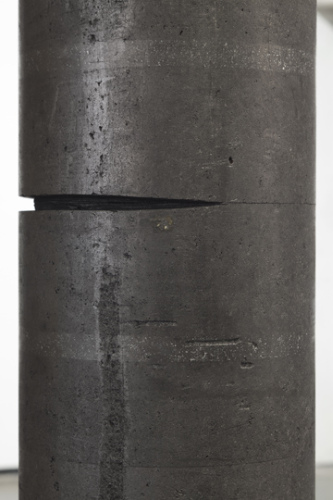 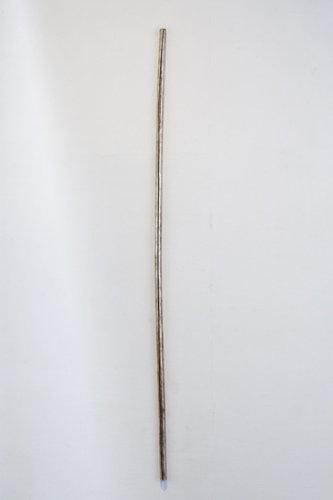 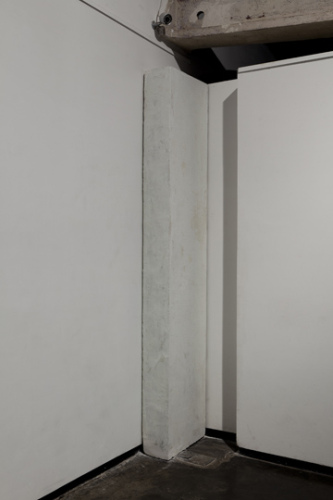 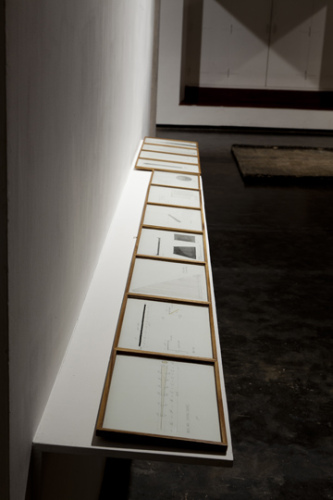 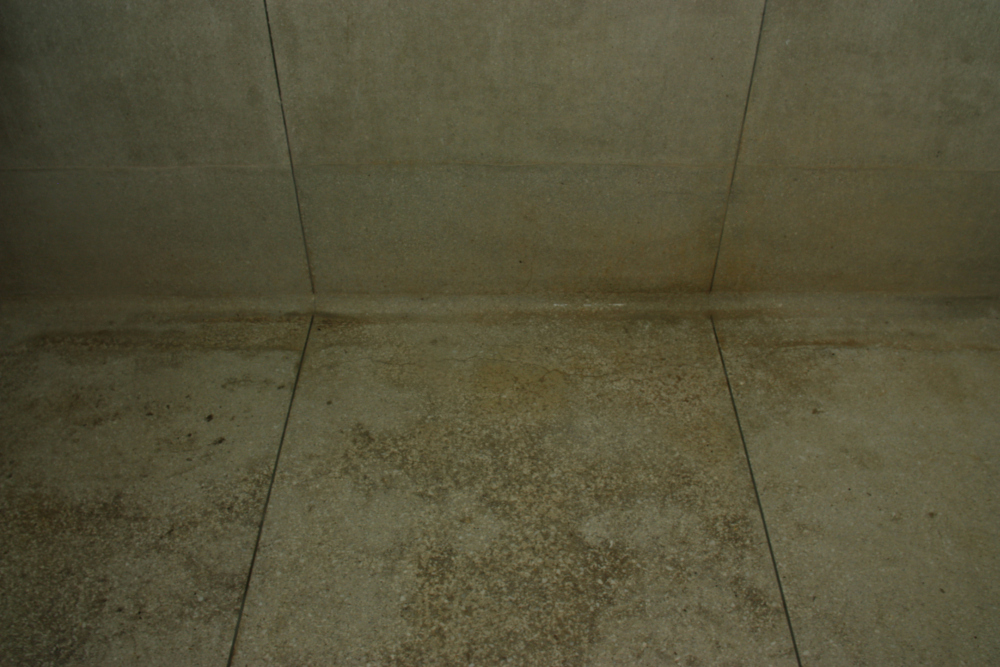