Walter Benjamin describes two ways of perceiving events in modern times. Connected to memory, the conscious mode perceives an event as part of the gamut of time, filtering out the shocking elements and enabling it to be lived as a memorable experience or, the reminiscence. Also connected to memory, the unconscious perception does not exclude the experience?s actual conditions but disregards the continuum of time and the intensity of the lived moment, and creates the remembrance. While reminiscence is characterised by temporality, remembrance connects itself to the transitory nature of lived moments and to loss and death. In both the conscious and unconscious perceptions, experience is mutilated, and both find common ground in longing. While the longing in reminiscence is nostalgic and connected to the past, the yearning in remembrance is anchored in the present to experience the loss for which it melancholically languishes. Reminiscence and remembrance formulate the construction of these works embedded in liminal spaces and imbued with yearnings to celebrate an imaginary time and simultaneously mourn its loss. As objects and characters are frozen in moments of time, the past and the present collude in a charged atmosphere. As the work explores the relationship between modernization in the urban setting and its effect on culture, it engages in issues that revolve around the experience of living in a fast transforming city where urban ruins stand as icons of nostalgia and loss. The digital collages and constructed books invent an idyllic and optimistic atmosphere to recreate an unsatisfactory world by furnishing it with imagined alternatives. The popup paper constructed works demand an interactivity that invites the viewer to enter a magical three dimensional space, that sets the stage for ideas representing nostalgic memorabilia, the romanticism of studio poses in old family photographs and the exaggerated expression borrowed from films and urban architecture in Karachi from the 60s and 70s.Acknowledging both the absence and the presence through images and sound, the work seeks to reimagine a world burdened with its past and firmly attached to its present. Celebratory and melancholic at the same time, this collusion of contradistinctions fashions illusions where objects and living beings, intermeshed between their past and present, play multiple roles ? sometimes in harmony and often in discordance. -Asma Mundrawala, Karachi 2012 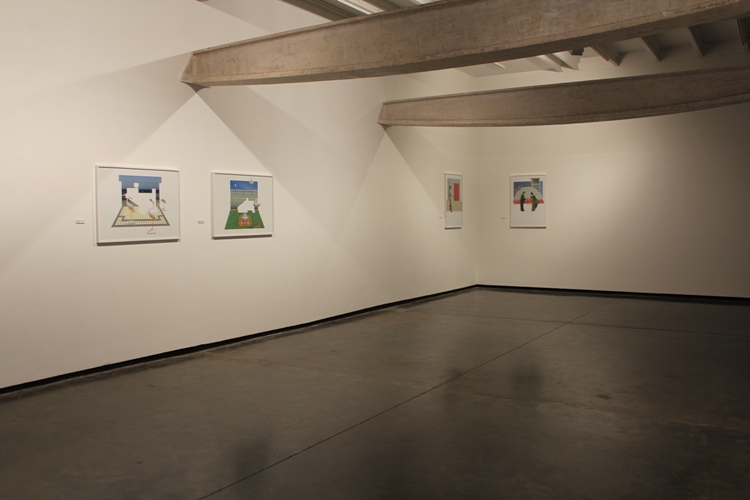 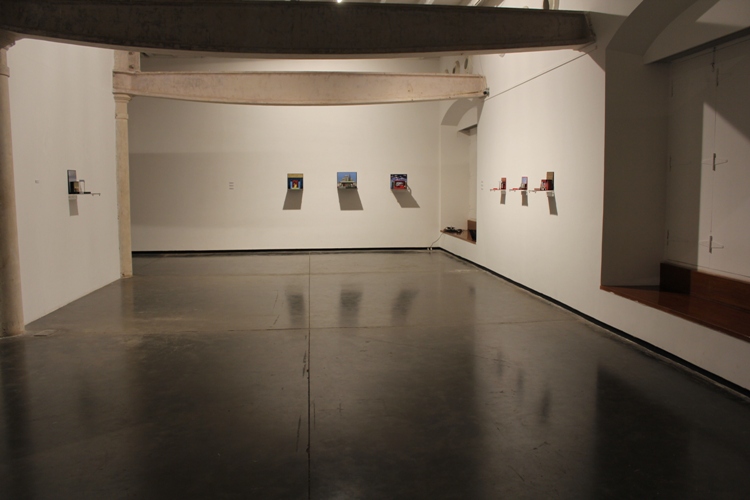 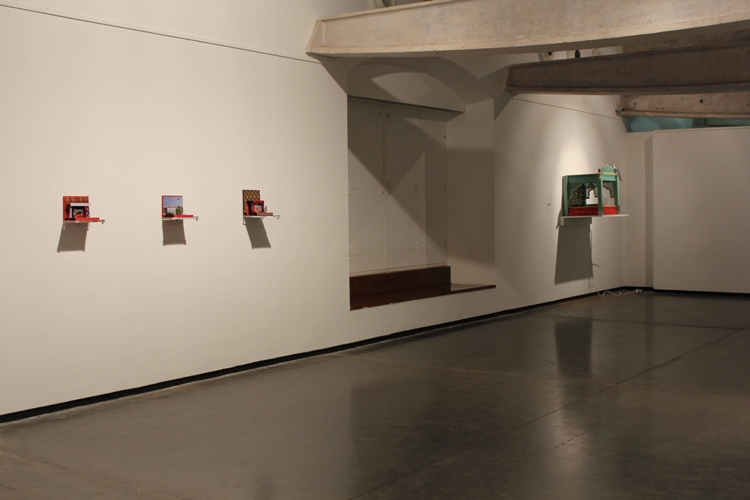 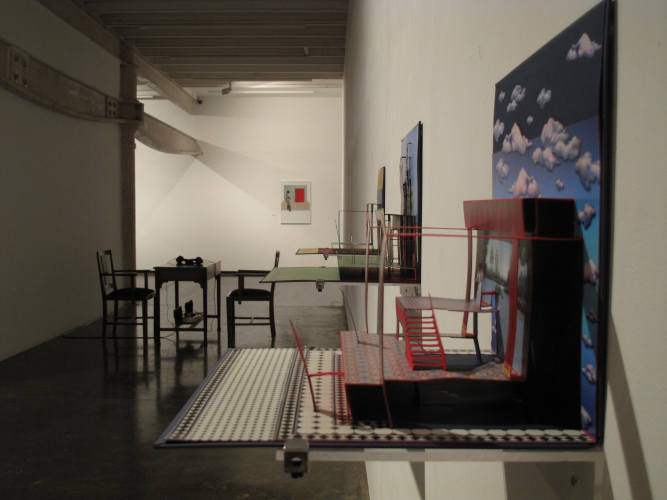 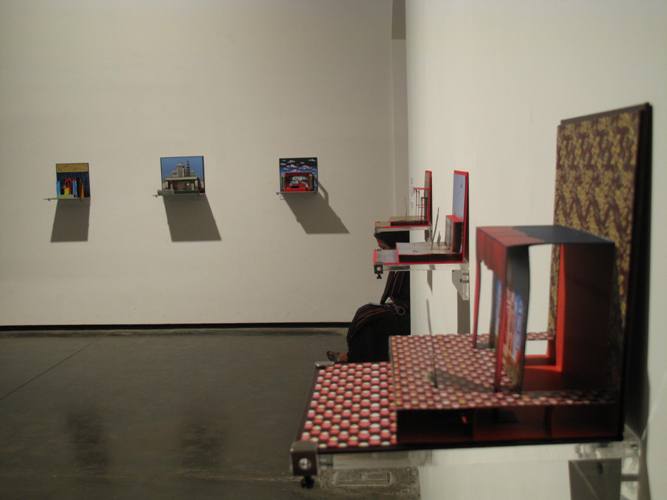 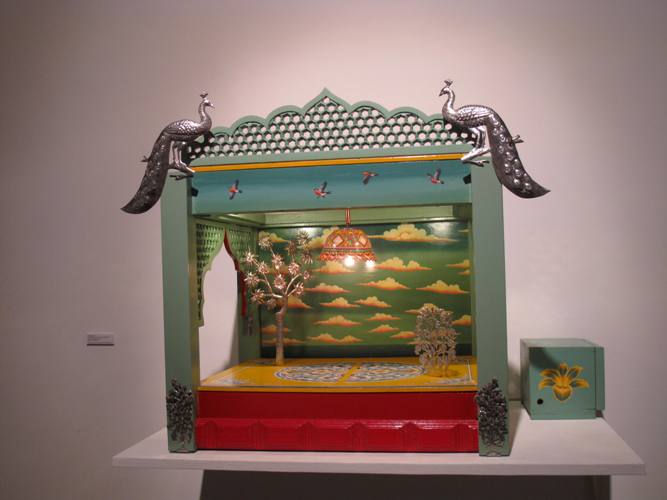 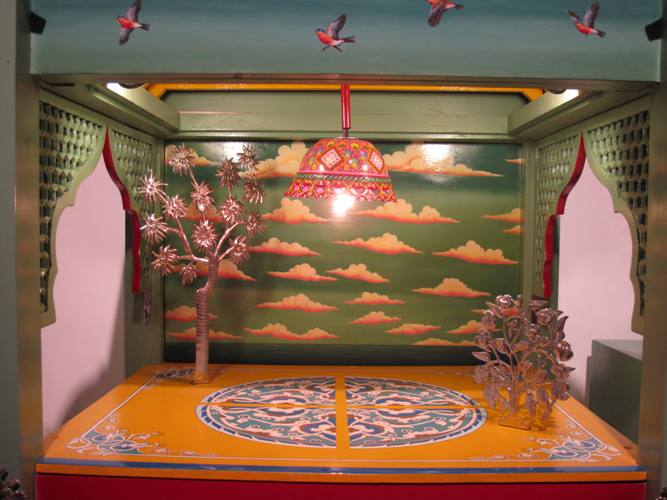 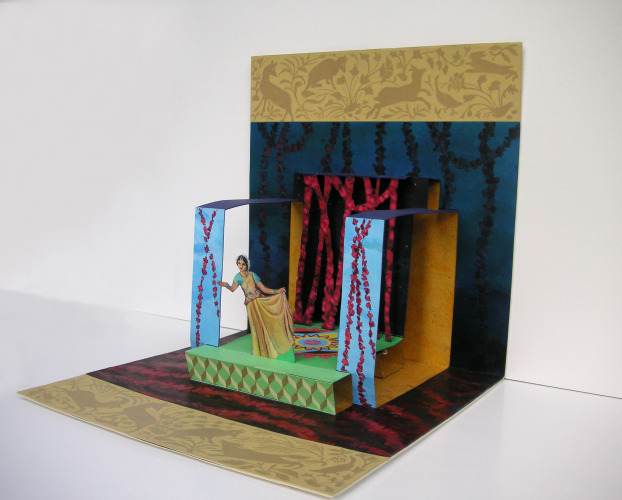 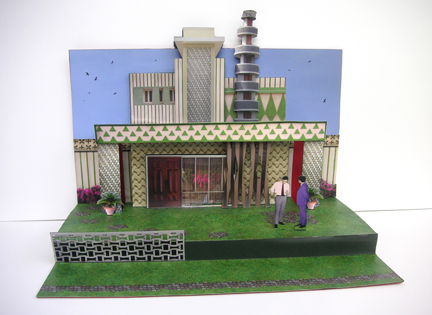 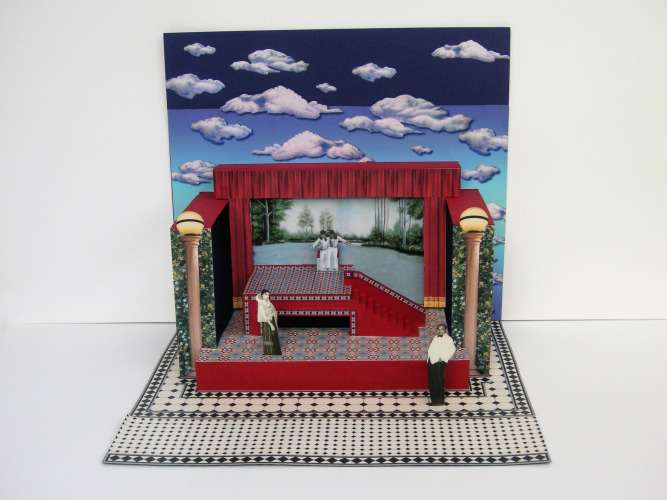 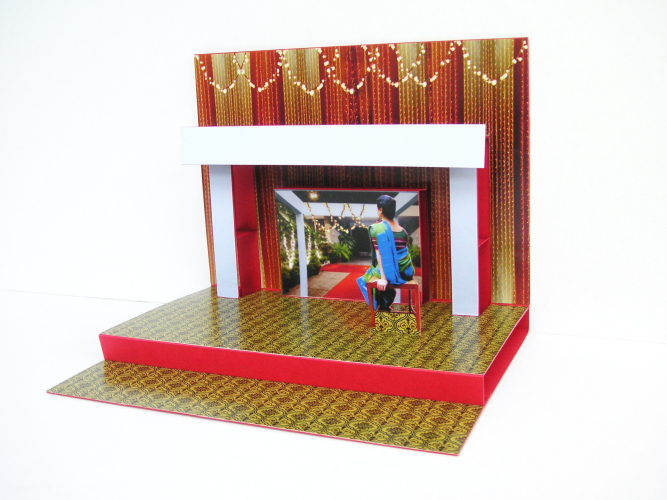 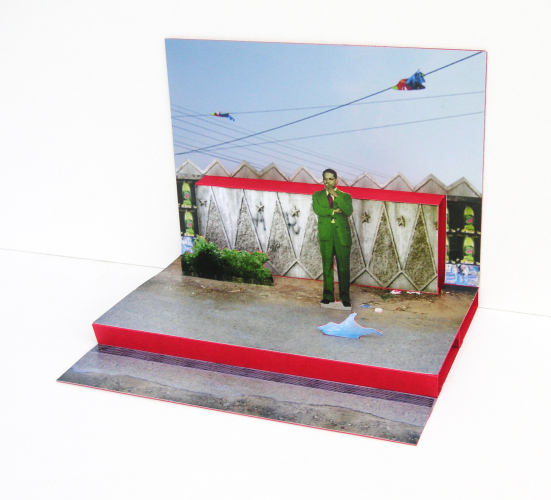 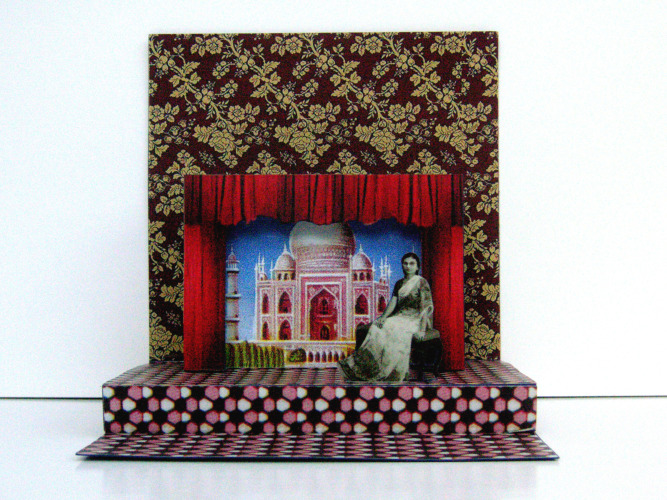 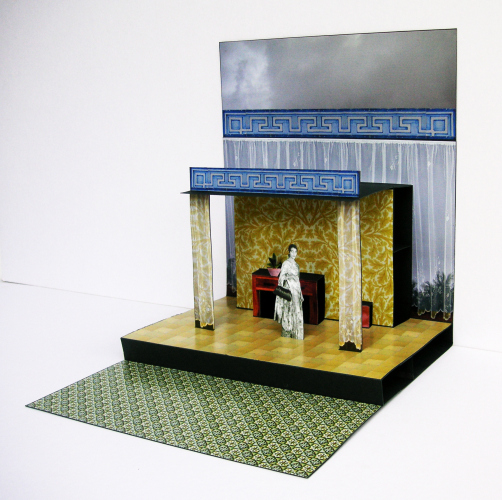 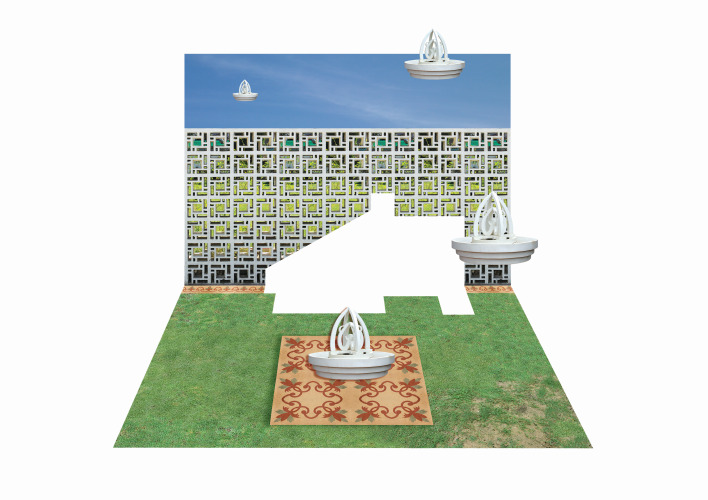 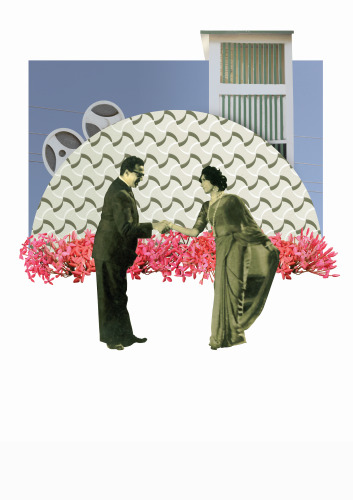 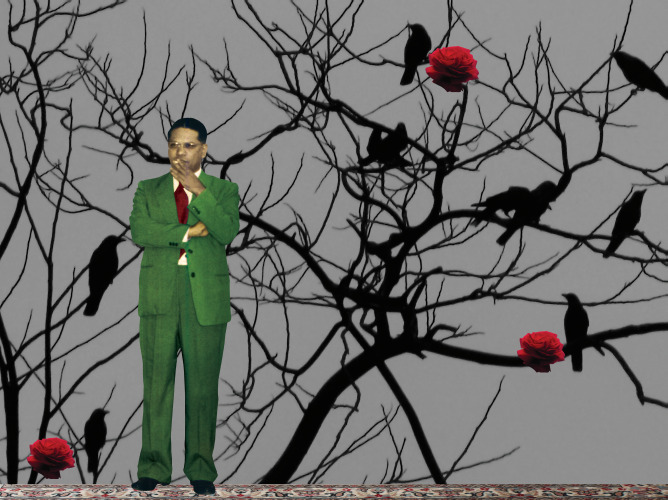 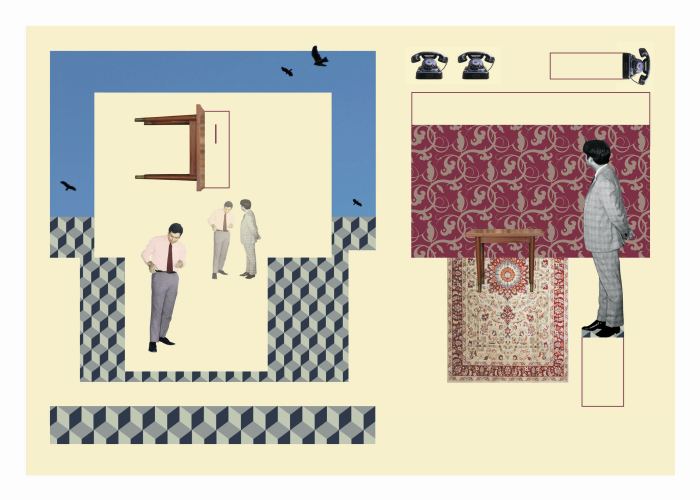 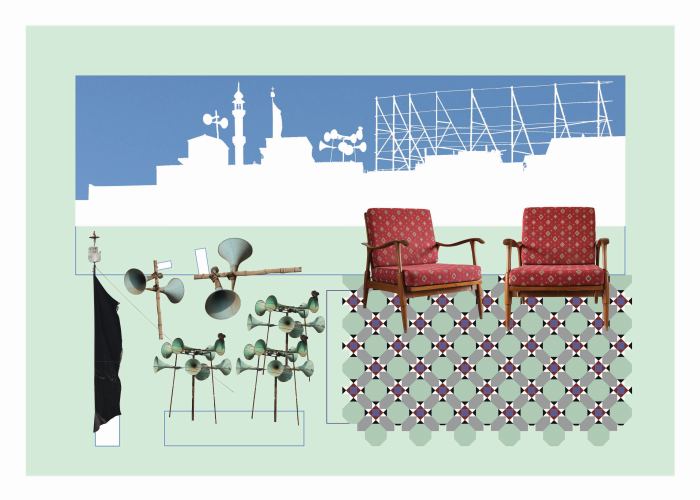