The Caucus Race makes reference to the illusory race in Lewis Carroll's Alice in the Wonderland. Thoughts appear according to one's own wishes and seem to stop at their own will, and they are in a race with each other where no one wins or loses or starts or stops at one's own will. There is confusion between the recognised and the imagined; the distinction between questions and answers becomes obscure... Things happen when they are most unexpected, laying the base for the theatre of the absurd. They are all like spontaneous fictions of the mind, rushes of images uncut and stretched beyond frames, describes Baliga of his exhibition. The paintings and sculptures in The Caucus Race portray Baliga's notion that the urge for order actually leads to disorder and that there is ambiguous yet obvious lack of control of the consciousness which leads to perpetual and sometimes arbitrary behaviours. A common thread links The Caucus Race to Baliga's previous exhibitions, Confabulations (2010) and Looking Sideways (2009), which also hold the concept that the ordinary is not necessarily mundane or straightforward but quite uncertain. Among his varied works, Baliga displays continuity among his exhibitions with the theme of overlooked inconsistencies in seemingly routine occurrences. Baliga's exhibition features Journey (2011), a painting which comprises seven figures in a boat with each figure displaying an identity or function while simultaneously presenting the questions of order and conditions which Baliga explores in The Caucus Race. The exhibition also includes a large-scale diptych entitled Order of Beings (2011-12), in which Baliga melds together scores of images to create a mountainous effect. Baliga again examines the idea of order, but he does not use the intimate setting in Journey; he instead employs a vivid and lively scene and thereby creates a contrast between two works contemplating an identical issue. 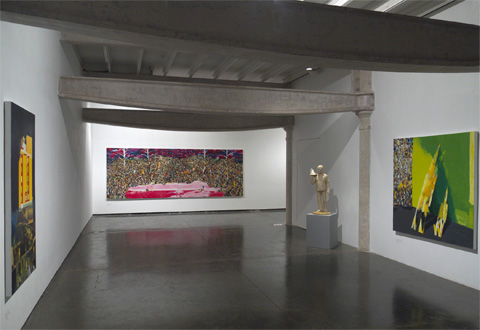 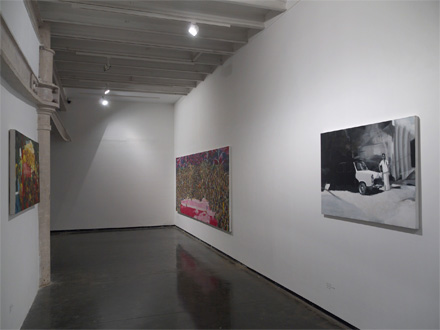 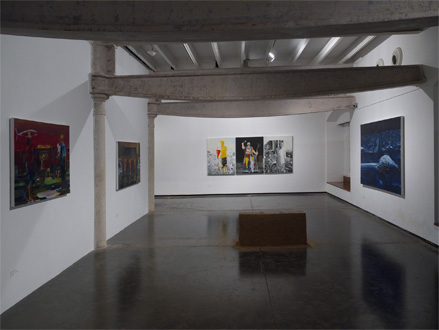 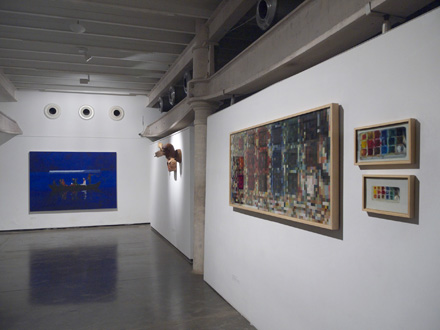 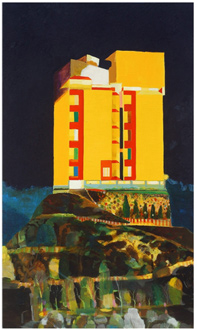 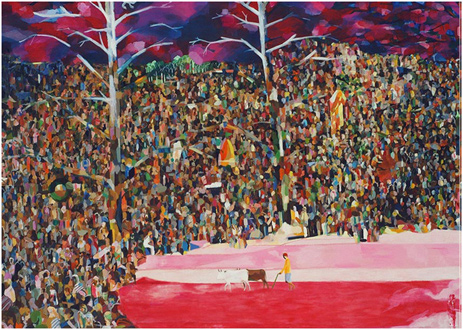 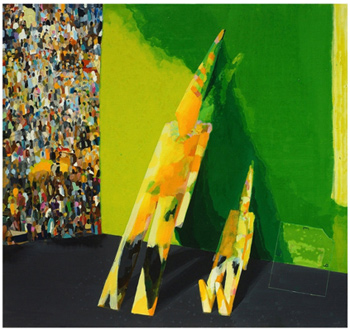 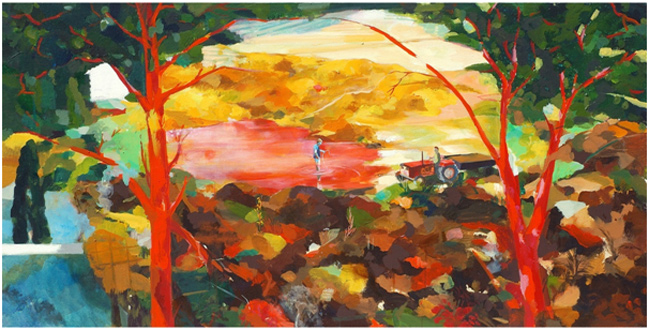 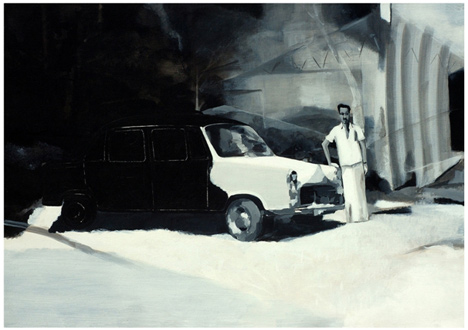 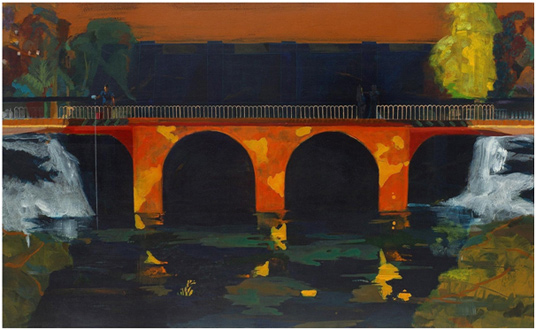 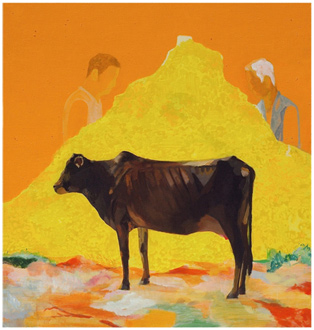 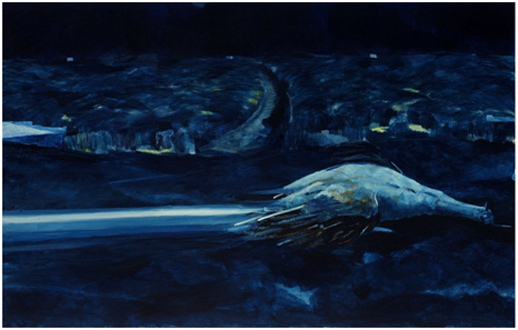 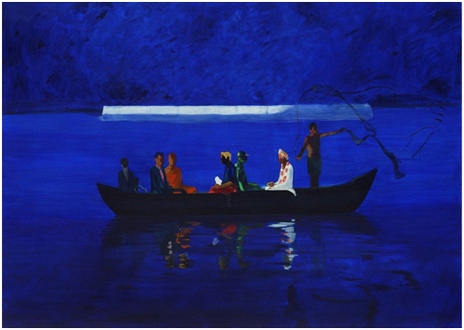 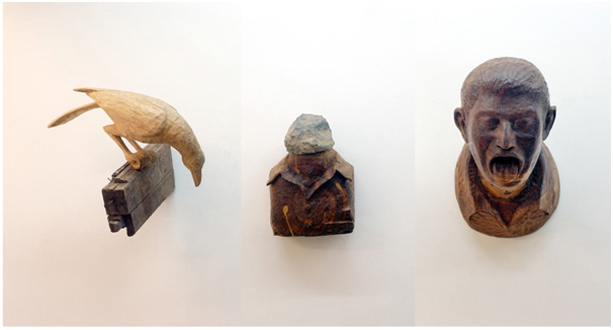 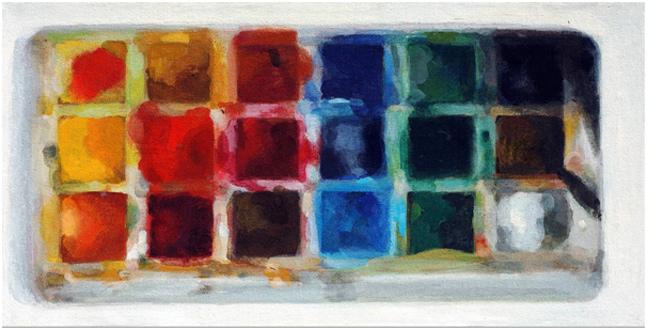 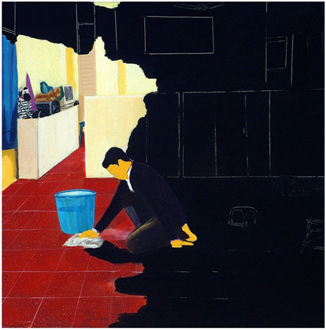 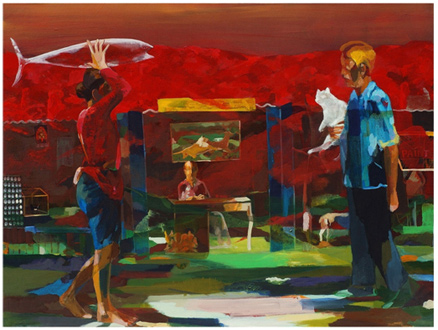 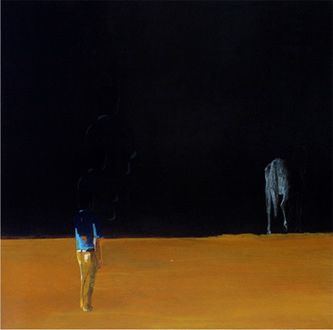 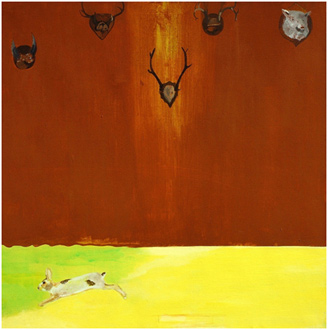 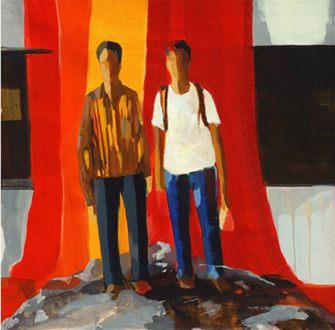